Rep. Barbara Lee (D-CA) has bipartisan support and a nod of approval from the White House. 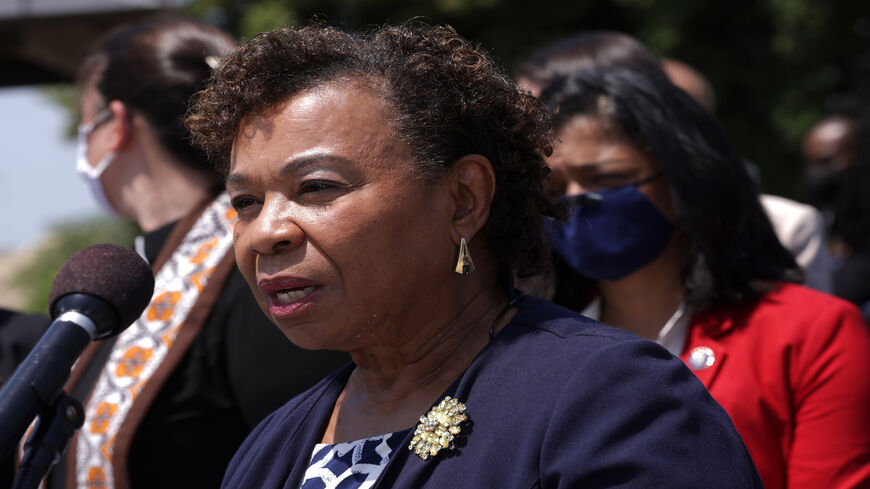 Rep. Barbara Lee (D-CA) participates in a news conference outside the US Capitol, Washington, May 20, 2021. - Alex Wong/Getty Images

The US House of Representatives will vote to repeal a 2002 law authorizing the Bush administration to use force against the Saddam Hussein regime in Iraq, a move that a number of Democrats have said is long overdue.

Why it Matters: Previous attempts by Democrats to repeal the 2002 Authorization for the Use of Military Force (AUMF) — and to revise the 2001 AUMF, which has been interpreted to allow the military to hunt down Islamist terrorists all over the world for two decades — have failed amid opposition from the Pentagon in both the Obama and Trump administrations due to the war against the Islamic State (IS).

Concern that the Trump administration would try to use the expansively interpreted laws to justify conflict with Iran led to renewed scrutiny from Congress. The latest push is again led by Rep. Barbara Lee (D-Calif.).

The vote was announced by House Majority Leader Steny Hoyer, who called the 2002 law,which authorizes force against a bygone Iraqi government, “unnecessary.”

The 2002 AUMF is not used for any ongoing operations. Some 2,500 US troops remain in Iraq as part of the multinational coalition against IS. That mission is authorized under the 2001 AUMF, which authorized the use of the US Armed Forces against those responsible for the September 11 attacks and which Democrats are also seeking to reform.

The 2001 law explicitly authorizes the administration to use “all necessary and appropriate force” against those that “planned, authorized, committed, or aided” the Sept. 11, 2001, terror attacks.

Subsequent administrations have loosely interpreted it to include “associates” of al-Qaeda, primarily IS and al-Qaeda’s affiliates in Yemen and Africa.

What’s Next: Lee’s repeal measure has more than 100 co-sponsors, including seven Republicans. It also has the support of House Foreign Affairs Chairman Rep. Gregory Meeks (D-NY).

The Biden administration has signaled support for AUMF reform, offering Democrats a rare opportunity to move with White House approval. But Lee’s AUMF reform measures have failed to clear the Senate in recent years. A new Congress this year means Democrats have a real shot, though success is not guaranteed.

The Pentagon has intervened to pump the brakes on AUMF reform in the past.

During the Trump administration in 2017, then-Defense Secretary Jim Mattis, flanked by then-Secretary of State Rex Tillerson, urged lawmakers not to disturb the legislative authorizations amid the ongoing war against IS in Iraq and Syria.