The Dubai-based airline's financial struggles amid the coronavirus pandemic has led to job cuts and a massive cash injection from the government. 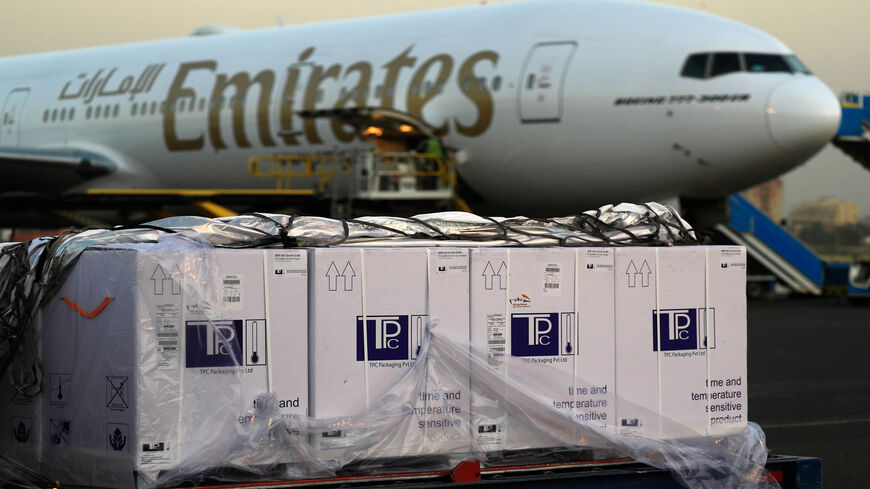 Boxes of coronavirus vaccines are stacked on the tarmac after the first batch arrived at Khartoum airport on an Emirates flight, Sudan, March 3, 2121. - Ashraf Shazly/AFP via Getty Images

The airline attributed its financial woes to the coronavirus-related restrictions, including the temporary closure of passenger flights in and out of the United Arab Emirates and reduced demand for global air travel. Emirates’ total passenger and cargo capacity declined by 58% in 2020, according to the release. The carrier also cut jobs in 2020.

Emirates had already reported massive revenue losses for the first half of 2020. The government of Dubai, which owns Emirates, gave the airline $2 billion last year to help it stay afloat. On Tuesday, Emirates said it has received $3.1 billion in capital from Dubai.

Last year was the first nonprofitable year for Emirates Group, which includes the airline, in more than 33 years, according to the release.

Emirates could bounce back in 2021, and the airline has largely rebuilt its flight network. Earlier this month, Emirates launched a new service to Miami.