Egypt postponed a highly anticipated meeting between Palestinian factions to avoid failure, as Cairo recently came out as a major regional player after brokering the cease-fire between Israel and Hamas. 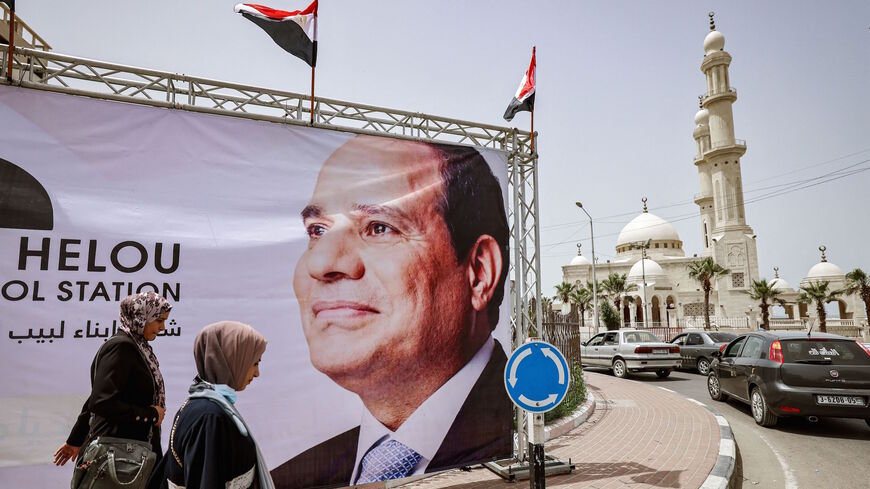 Egypt has so far struggled to reconcile Hamas and the Palestinian Authority after mediating a cease-fire last month between Israel and Hamas.

Egypt had invited Palestinian factions for an urgent meeting in Cairo set for June 12 to discuss a united vision for the national Palestinian movement. But in a surprising development June 10 — just two days ahead of the planned meeting — Cairo notified the Palestinians that it was postponing the discussions.

Egyptian authorities did not reveal the reasons behind the decision to postpone the talks. But it seems the move reflects Cairo’s inability to find common denominators between the main rival Palestinian movements, Hamas and Fatah. It appears that Cairo was not willing to hold a meeting that would not lead to positive results.

Hamas member Mahmoud Merdawi told Al-Monitor, “Palestinian factions did not agree to a dialogue in Egypt. What really happened was that Egypt extended invitations for various Palestinian factions for [separate] talks on the possibility of holding a national dialogue. On June 10, the head of Hamas’ politburo, Ismail Haniyeh, met with Egyptian intelligence chief Abbas Kamel during a visit to Cairo. But the Egyptian initiative failed because of the timelines of some parties. Any national dialogue must be preceded by coordination, preparation and readiness.”

Merdawi added, “Achieving national unity must be based on sound foundations, and this isn’t a demand just from Hamas, but a public and factional demand as well. However, unity cannot be achieved unless all Palestinians are in agreement. A month and a half earlier, we were on the verge of embarking on an electoral path all factions agreed on. But Fatah arbitrarily halted it, without any coordination with the remaining forces.”

Many reasons have led to the failure of holding the Cairo dialogue. For one, Palestinian factions have discrepant priorities they are seeking to achieve through the dialogue. Hamas’ objective is to reform the Palestinian Liberation Organization, while Fatah wants to limit the dialogue to forming a national unity government. The second issue has to do with the demands of the participating parties in the dialogue and their roles. Hamas demanded the participation of Palestinian President Mahmoud Abbas as Fatah leader, while Fatah objected to the participation of new factions in Gaza such as the Al-Ahrar movement, the Popular Resistance Committees and the Al-Mujahedeen movement, saying they are supported by Hamas. The third reason is Hamas’ insistence that the dialogue tackle the structure of the Palestinian political system and that reconstruction of the Gaza Strip not have to go through the Palestinian Authority (PA).

Mustafa al-Sawaf, the former editor-in-chief of Felesteen newspaper in Gaza, told Al-Monitor, “The dialogue was postponed because Abbas did not want to attend, knowing he is the decision-maker. However, his refusal to come to Cairo carries an ulterior motive to stall and procrastinate and not to abide by the outcomes of the dialogue meetings. Egypt consequently realized that understandings were not going to be reached, and it did not want the dialogue to hit a wall.”

Sawaf added, “A national dialogue must begin with talk about reforming the PLO and [holding] the Palestinian elections, before any talk about government formation. This is the stance of most Palestinian factions, except Fatah. Egypt wanted the dialogue to succeed because it is interested in adding it to its diplomacy record. But when Egypt realized the dialogue would not bear positive outcomes, it decided that it did not have to engage in a failed process.”

After the Israeli war on Gaza ended May 21, remarkable rapprochement was seen between Egypt and Hamas. There have been mutual visits between officials from both parties. Meanwhile, Egypt sent aid and equipment to the Gaza Strip to help remove the rubble from the latest round of fighting. The Egyptian media’s positive coverage of the Palestinian resistance’s performance, the arrival of Egyptian journalists to Gaza and the unprecedented broadcast of television programs from the Gaza Strip also reflected the change of Egypt’s position toward Hamas.

A Palestinian official close to Abbas told Al-Monitor on condition of anonymity, “Hamas felt victorious after the Gaza war, and it thought it could impose the agenda of a national dialogue, but this is not right. The internationally recognized legitimate authority [PA] represents Palestinians before the international community, away from Hamas’ attempts to create parallel entities and exclude the PA from the efforts to rebuild Gaza. The world only recognizes the PA and deals with it to alleviate the humanitarian crisis in the Gaza Strip.”

Palestinians felt frustrated following the postponement of the national dialogue in Cairo. In a statement on June 10, the Democratic Front for the Liberation of Palestine described the decision to cancel the Palestinian national dialogue as an affirmation of the failure of the Palestinian political system in its current form in assuming its responsibilities toward the national cause, in a manner that preserves the interests and legitimate national rights of the people.

Talal Okal, a political analyst for the Ramallah-based newspaper Al-Ayyam, told Al-Monitor, “The private meetings of the Fatah and Hamas delegations with the Egyptian side revealed their disagreement on the agenda of the upcoming dialogue. Therefore, the meetings did not come out with positive results, and the Egyptians preferred to postpone the dialogue until things mature. At the moment, each side has its own reservations, and the [Palestinian] reconciliation is facing greater complications after the postponement of the legislative elections, the recent Gaza war and the reconstruction of the Gaza Strip.”

Cairo has made great effort in recent months to bring together Fatah and Hamas, and it cannot abandon the Palestinian file. Therefore, postponing the meeting of the Palestinian factions does not mean that Egypt has washed its hands of the matter, despite its frustration with this early failure. It seems that there might be another attempt from Egypt to bring the two movements together, but this must be preceded by creating a better atmosphere for the success of the dialogue. Egypt remains interested in maintaining its exclusive influence in the Palestinian arena.