Washington has renewed its attempts to resolve the dispute over Ethiopia’s controversial Nile dam, with the US envoy for the Horn of Africa making stops in Egypt and Sudan. 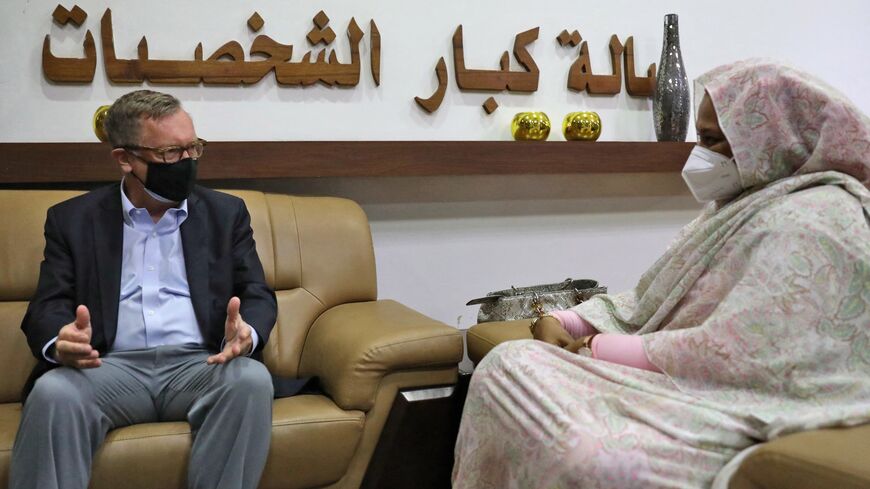 The US special envoy for the Horn of Africa, Jeffrey Feltman (L), meets with Sudanese Foreign Minister Mariam al-Sadiq al-Mahdi in Khartoum on May 7, 2021. - AFP via Getty Images

CAIRO — Cairo and Khartoum recently sent strongly worded messages to the US special envoy for the Horn of Africa, Jeffrey Feltman, rejecting all Ethiopian practices aimed at imposing a fait accompli by embarking on the second filling phase of the Grand Ethiopian Renaissance Dam without signing a comprehensive, binding legal agreement governing the filling and operation of the Nile River dam.

Feltman began a regional tour in Cairo on May 5, where he met with the ministers of water and foreign affairs, as well as Egyptian President Abdel Fattah al-Sisi.

Following his meeting with Feltman, Sisi said the international community ought to be responsible for resolving the crisis over the dam, also known as the GERD. The president said, “Egypt is still seeking to reach a just, fair and binding legal agreement to fill and operate the GERD, which represents an existential issue for Egypt.” He added that Cairo will not accept any attempts to undermine “its water interests,” or “the capabilities of its people,” according to a press release by the presidential spokesperson.

Sudan sent the same message to Feltman, stressing that Khartoum rejects all unilateral measures on the part of Addis Ababa, which is seeking to start the second filling phase of the dam’s reservoir in July.

During a meeting May 8 with Feltman, the head of the Sudanese Sovereign Council, Lt. Gen. Abdel Fattah al-Burhan, said Sudan's priority is to reach an agreement between the three countries in relation to the filling and operation of the dam.

“During the US envoy’s visit to Egypt, all the technical and legal details of the Egyptian position of the previous negotiation rounds were presented and explained to him. [Feltman] was also briefed on Egypt’s position and desire to take part in a new round of talks with Ethiopia despite its insistence on starting the second filling phase in less than two months,” a diplomatic source familiar with the Nile water issue told Al-Monitor on condition of anonymity.

“Egypt is still open to any diplomatic solutions to resolve the existing dispute over the comprehensive agreement on the rules of filling and operating the dam,” he added.

The source said Egypt is opposed to any proposals that would circumvent “any legal obligations in relation to managing and operating the dam at a later stage, and then controlling the flow of water in the eastern Nile.”

The dispute between Egypt, Ethiopia and Sudan is no longer limited to temporarily providing information by sending schedules for the dam’s filling and the quantities of water released from the dam, which is something dictated by Ethiopia alone. The source said the course of previous negotiations has exposed deeper differences that go beyond the management of water in the eastern Nile basin in this particular case but also involve the possible exploitation of the river’s water in future projects.

“The current Ethiopian practices will not lead to any cooperation under good faith principles but will rather be the beginning of an endless chapter of disputes,” the diplomatic source said.

Mohamed Elmenshawy, a writer specializing in US affairs, told Al-Monitor, “Feltman’s visit to the region’s countries carries a new American approach to solve the GERD crisis. This visit comes in a broader framework encompassing all the issues of the Horn of Africa and the security of the Red Sea,” referring to Feltman’s diplomacy work at the United Nations.

The US envoy “focused on this region in particular, which could be a source of threats to international shipping, international terrorism and maritime piracy,” Elmenshawy said.

He added that President Joe Biden, unlike his predecessor Donald Trump, “did not personally intervene in the negotiations. The Biden administration is looking for a compromise solution that is satisfactory to its allies, i.e., Cairo and Addis Ababa. Washington appears to be avoiding Trump’s mistakes, who seemed to support the Egyptian position, a move that prompted Ethiopia to reject the US mediation in the talks.”

In an article published in Foreign Policy on April 29, Motaz Zahran, Egypt's ambassador to Washington, called on the United States to play a more active role with Egypt, Sudan and Ethiopia, arguing that the US government has the “leverage needed to successfully encourage Ethiopia to engage in good faith in the GERD negotiations and to refrain from unilateral actions and the pursuit of narrow self-interests, which have been detrimental to its neighbors’ legitimate interests.” Zahran warned against crossing the “red line” set by Sisi.

Rawya Tawfiq, a professor of political science at Cairo University, told Al-Monitor, “Although Egypt continues to greatly rely on the US in resolving the current crisis, past experience, under Trump’s administration, showed that US pressure did not produce any results despite Washington’s clear and frank stances to pressure Addis Ababa.”

She said, “The US is no longer capable of solving the crisis alone. The political situation in the Horn of Africa has changed. Ethiopia is also relying on many allies such as Russia, China and some Gulf countries. The US presence has now different motives, which are mainly focused on human rights and halting undemocratic practices inside Ethiopia. This was evident when humanitarian violations were committed against Tigrayans and the ensuing Eritrean military intervention in Ethiopia, which was something on the US envoy’s agenda during his visit [to the region].”

Tawfiq added, “This is not to mention that the new US administration needs time to process all the issues and to effectively intervene in the pressing cases.”

Conversely, Khaled Okasha, a security expert and director of the Strategic Fiker Center for Studies, stressed the importance of the American role in “any mediation with Ethiopia, given the political dimension and weight it adds to any negotiations partly rendering them obligatory. This is not to mention the investment of efforts made during the Washington-sponsored talks in November 2019, during which [most] of the disputed issues were resolved as part of the document issued after the Washington talks ended in February 2020, which was accepted by the three parties until Ethiopia’s last-minute withdrawal without justifying its reasons.”

Okasha, however, said any proposal with a partial agreement to process the second filling of the dam’s reservoir would only achieve Ethiopian interests.

He said Sisi’s statements and Egyptian diplomatic moves have pushed “the international community to face its responsibility in this regard. Egypt already warned during the UN General Assembly meeting back in September 2019 of the real risks of unilaterally filling the dam and imposing a fait accompli in the Blue Nile basin.”

Feltman’s tour reflects US seriousness in attempting to resolve the conflict and the possibility of an American breakthrough to reach an agreement that would be accepted by all the parties involved.

In an interview with Foreign Policy on April 26, Feltman said the Ethiopian crisis could make Syria look like “child’s play” in terms of civil war chaos, a subsequent refugee crisis and its impact on Europe and the rise of terrorist groups. 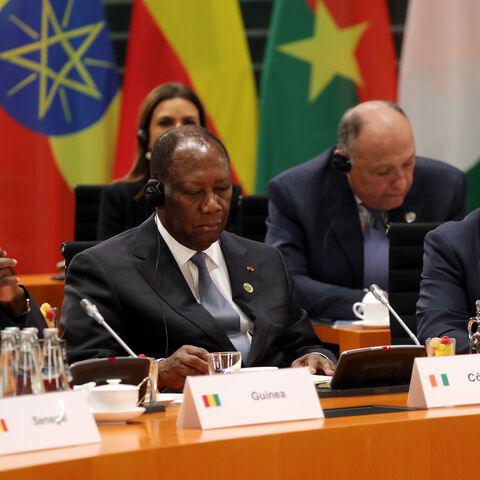