Why EU falls behind US on Palestine-Israel issue

The EU has long played an active role in seeking an end to Israeli-Palestinian hostilities. Why has it lost this role? 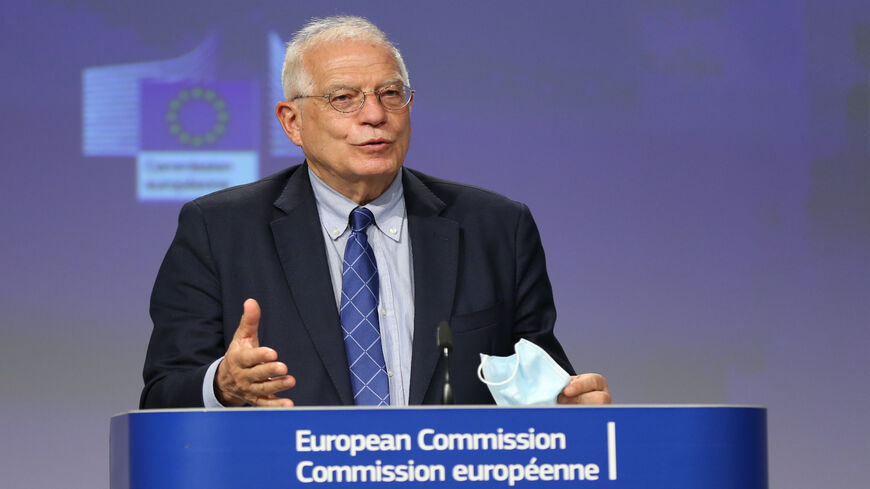 European Union High Representative for Foreign Affairs and Security Policy Josep Borrell holds a press conference after attending a conference on the plight of Venezuelan refugees and immigrants, Brussels, Belgium, May 26, 2020. - Pool/Getty Images 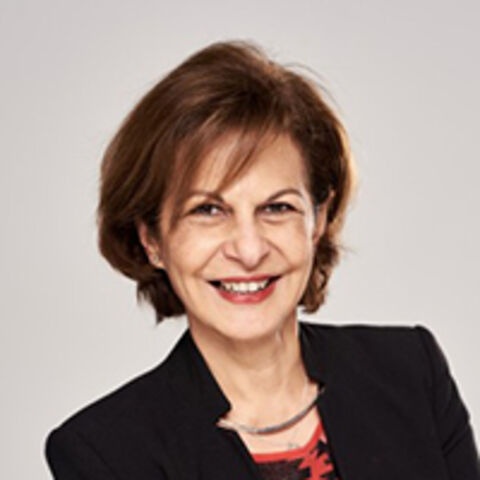 BRUSSELS — The European Union was once viewed as an important and credible actor in the Middle East, even a potential counterweight to the United States. No longer. During the recent upsurge in Israeli-Palestinian violence, the 27-member bloc has come across as little more than a passive bystander, distracted by deepening internal divisions and out of touch with both the changed power dynamics in the region and an emerging rights-focused policy discourse in Washington.

With a cease-fire in place since May 20, EU Foreign Policy Chief Josep Borrell pointed to the need to move away from “crisis management mode” and  solve the “underlying conflict” through “a true political and negotiated solution.” A newly appointed EU special representative for the Middle East, Dutch diplomat Sven Koopmans, will soon travel to the region to meet “key actors” from Israel, Palestine, Jordan, Egypt and the United States.

The EU has long played an active role in seeking an end to Israeli-Palestinian hostilities. In 1980, the then nine EU states issued the Venice Declaration leading to recognition of the PLO. The EU also played a significant role from the 1994 Oslo Accord to the end of the second intifada in 2005. Europe’s traditional stand on the Israel-Palestine conflict has centered on achieving a two-state solution.

But it has never been simple.

“In the EU, it is difficult to find a consensus on Israel. It has always been that way,” Javier Solana, former NATO secretary and the EU’s first high representative for foreign and security policy, said in a podcast with Brussels-insider Politico.

The lack of consensus was in full display after EU foreign ministers met May 12 to discuss the emergency in the Middle East but failed to agree even on a simple joint call for a cease-fire. Hungary, the main ally of Israel, declined to join the planned statement saying it had not gone far enough in condemning Hamas, which is on the EU terrorist list.

It is easy to name and shame Hungary, the self-declared leader of illiberal Europe — as Borrell did in a blog post — but the divide goes deeper. Ireland, which has called on Israel to end the “de facto annexation of Palestinian territory,” Belgium and Sweden are critical of Israel and its use of disproportionate force in Gaza. In sharp contrast, Israeli flags have flown over the Chancellerie in Austria, the Prague Castle and the party headquarters of the German governing Christian Democrat Union.

France, where there is a huge Muslim and Jewish community, is playing a separate hand, with President Emmanuel Macron, who is running neck and neck with far-right leader Marine Le Pen in opinion polls ahead of next year’s presidential elections, lashing out at so-called “Islamist separatists” in the hope of wooing right-wing voters who are traditionally more pro-Israeli and anti-Palestinian.

There has also been embarrassment on the global stage as the EU Ambassador to the United Nations, Olof Skoog, delivered a statement to the UN Security Council condemning the violence but was prevented from speaking “on behalf of its member states.”

However, there is more at stake than international mortification and bland, tired and out-of-date EU statements on the Middle East. The EU has failed to recognize the changing nature of the Palestinian narrative as well as the shifting US policy discourse.

While US Secretary of State Antony Blinken recently referred to the need to ensure that Israelis and Palestinians enjoy “equal measures of freedom, security, prosperity and democracy,” EU policymakers make no such mention.

Neither do they acknowledge the Human Rights Watch report that accuses Israel “in certain areas” of “committing crimes against humanity of apartheid and persecution,” or the statement by UN Human Rights Commissioner Michelle Bachelet asking Israel to deal with all its citizens with equality, including with regard to protection regardless of national, ethnic or religious origin.

Many EU governments’ struggle in formulating a new response to the Middle East may reflect member states’ uneasy relationship with their own Muslim citizens, many of whom have been out in the streets calling for justice for Palestinians

Also, while in the United States, the Black Lives Matter movement has cracked a ceiling on racial and social struggle and changed the discourse on Palestine, the EU policymakers have yet to make that connection.

The EU’s “Anti-Racism Action Plan” released last September still focuses very much on racism and discrimination at an individual level rather than on systemic racism and structural discrimination.

The EU anti-racism agenda promises to promote balanced storytelling about Muslims and Islam. But it skirts the more controversial issue of the conflation of Muslims and terrorism.

For instance, while German Foreign Minister Heiko Maas has warned against “blaming people of the Jewish faith in Germany for events in the Middle East — whether on the streets or on social media,” he failed to add that, despite allegations by Israeli Prime Minister Benjamin Netanyahu, the majority of anti-Semitic attacks are due to actions by the far-right, not Islamist groups.

There is also the question of who gets to tell the Israel-Palestinian story to Europeans. EU institutions, the wider EU foreign policy establishment, think tanks, academia and journalism reflect the opinions, biases and priorities of what many have referred to as the predominantly white and Eurocentric narrative embraced by “Brussels So White.”

EU governments insist the bloc is ready to play a more powerful global geopolitical role. However, European policymakers are out of touch and out of step with the new reality of Palestinian demands for equality and justice. Unless the trajectory is corrected quickly, the EU will be on the wrong side of history.