The sanctions indicate continued US pressure on the Lebanese organization under US President Joe Biden. 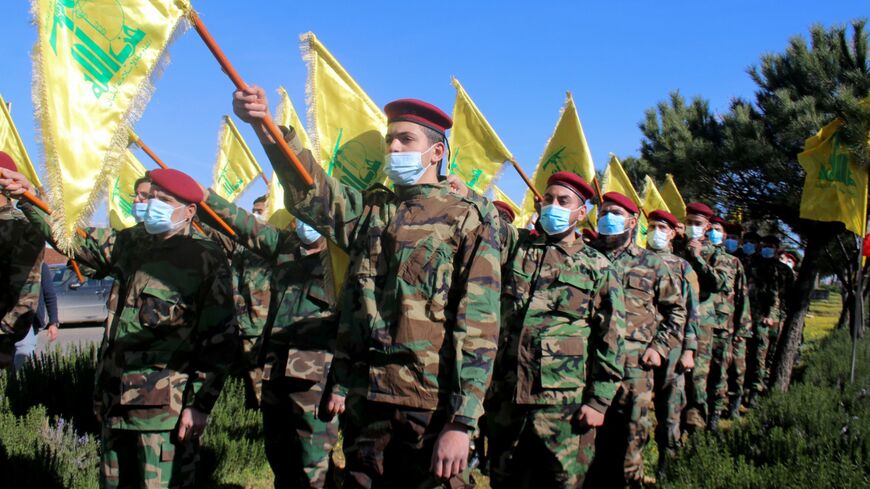 Members of Shiite movement Hezbollah hold a military parade in the town of Riyaq in Lebanon's Bekaa Valley on Feb. 13, 2021, marking the annual anniversary of "martyred" leaders. - AFP via Getty Images

The US government sanctioned seven people Tuesday who are allegedly connected to the finances of the Lebanese military and political organization Hezbollah.

The sanctions focused on Al-Qard al-Hassan, which Hezbollah critics say is the group’s financial arm. Ibrahim Ali Daher, head of Hezbollah’s Central Finance Unit, was among those sanctioned. He is said to oversee the group’s budget, including funds allegedly for killing opponents and military activities. The other six designated individuals used their personal accounts to evade US sanctions on Al-Qard al-Hassan and transfer funds on its behalf, the Treasury Department said in a press release.

Hezbollah is a prominent political actor in Lebanon in addition to its military activities. The organization is heavily backed by Iran, and sometimes clashes with neighboring Israel. Hezbollah also fights alongside the Syrian government against rebel forces in that country’s civil war.

The Treasury Department said Al-Qard al-Hassan “masquerades” as a nongovernmental organization and puts Lebanon’s economy at risk of sanctions.

While Al-Qard al-Hassan “purports to serve the Lebanese people, in practice it illicitly moves funds through shell accounts and facilitators, exposing Lebanese financial institutions to possible sanctions,” the department said.

The department also accused Al-Qard al-Hassan of hoarding cash desperately needed by Lebanon's ailing economy, saying this allowed Hezbollah "to build its own support base and compromise the stability of the Lebanese state.”

The sanctions are based on Executive Order 13224, which President George W. Bush signed following the Sept. 11 attacks in 2001. The order enables the US government to impede terrorist funding. Both Hezbollah and Al-Qard al-Hassan are designated terrorist organizations under US law.

A State Department spokesperson told Al-Monitor that these are the first sanctions against Hezbollah under the Biden administration.

Hezbollah accused the US government of “seeking to starve” Lebanon with sanctions last year. US sanctions against Hezbollah ally Syria have also been criticized by some observers for unnecessarily hurting Syrian civilians.