The lira’s drop coincided with changes at Turkey’s Central Bank, political tensions and a legal controversy involving a mobster. 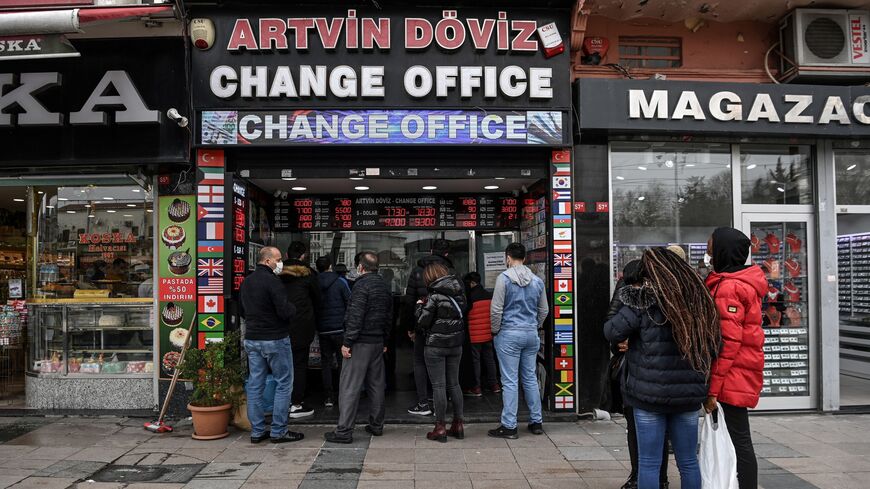 Customers wait in front of a currency exchange agency as a screen shows rates near The Grand Bazaar in Istanbul on March 22, 2021. - OZAN KOSE/AFP via Getty Images

Turkey’s currency fell to a record low Friday amid political controversy and more changes at the Central Bank.

The Turkish currency dropped to 8.61 liras to the US dollar at one point Friday — the lowest in 10 years, according to the currency data website XE, which had the lira slightly strengthening to 8.57 to the dollar later in the day.

The lira has been spiraling downward since March when the governor of Turkey’s Central Bank was abruptly fired, which led to greater distrust of Ankara’s handling of its economy.

There was a four-day slide this week, which Reuters attributed to opposition parties calling for early elections, prosecutors calling for charges against Istanbul’s mayor and exiled mob boss Sedat Peker alleging criminality on the part of numerous government officials.

The coronavirus lockdown and high inflation are also hurting the economy.