The unidentified diplomat was a top official at the Swiss Embassy in Tehran. 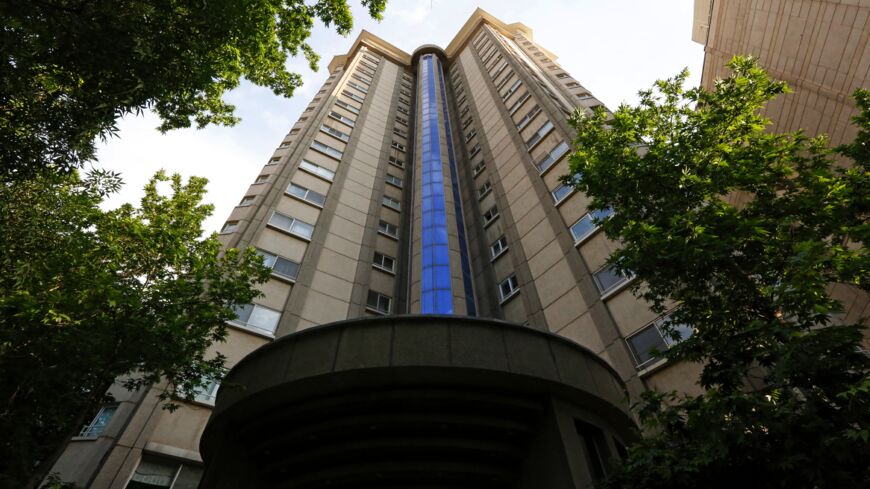 A general view shows the residence of a Swiss diplomat whose body was found at the entrance in the northern district of Tehran on May 4, 2021. A spokesman for the Iranian national rescue service said the body was found in the morning after the diplomat "fell from a (residential) tower in Kamranieh." In a message to AFP's Geneva office, Switzerland's Foreign Ministry confirmed that "a Swiss employee of the Swiss Embassy in Tehran died in a fatal incident." - AFP via Getty Images

A senior Swiss diplomat fell to her death in Iran today.

The 52-year-old woman fell from a high-rise apartment in the capital, Tehran. The woman, who has not been identified by name, was the first secretary of the Swiss Embassy in Tehran, the state-funded Press TV reported.

First responders did not say whether the death was being treated as an accident or a crime, according to the outlet. The official Islamic Republic News Agency reported that her death was an "accident" and that "suicide is rejected."

The Swiss public broadcaster Radiotelevisione Svizzera confirmed the diplomat’s death and reported that she fell from the 18th floor of the building.

Switzerland represents the United States’ diplomatic interests in Iran, as Tehran and Washington lack formal relations. In recent years, Switzerland has brokered prisoner exchanges between the two states. Iran and the United States are currently negotiating a possible return to the Iran nuclear deal. It was not immediately clear if the late diplomat was involved in these negotiations.