Morocco is also angry at Spain for providing medical care to the leader of a Western Saharan independence group. 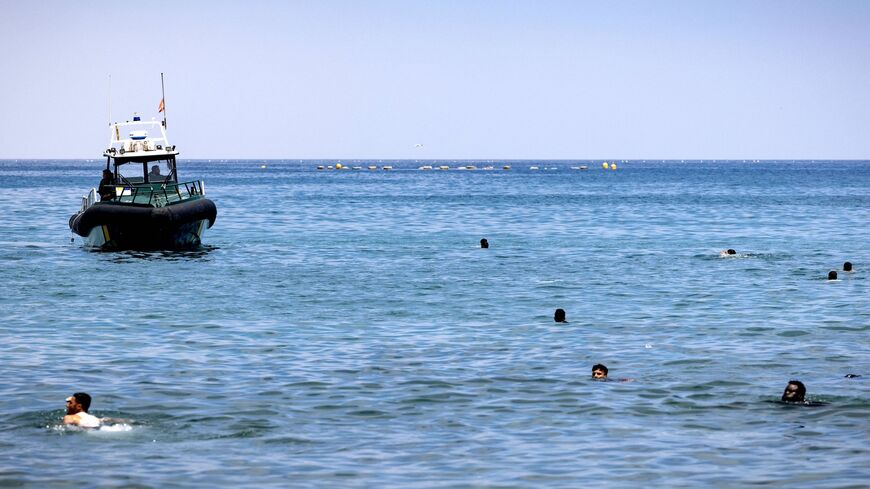 Spanish police try to disperse migrants at the border between Morocco and the Spanish enclave of Ceuta on May 18, 2021. - FADEL SENNA/AFP via Getty Images

Morocco and Spain are in a diplomatic row over a migration surge involving the two Mediterranean states. The issue coincides with Moroccan anger over Spain providing medical treatment to a Western Saharan independence leader.

Around 6,000 people have entered the Spanish territory of Ceuta from Morocco via swimming and rafts since Monday. This amount of arrivals in such a short period of time is “unprecedented,” Spain’s public broadcaster RTVE reported today.

Ceuta is an autonomous city of Spain across from Gibraltar on the African continent. Its land border is with Morocco and the kingdom claims the territory. Much of the population is of Moroccan origin and it is a common entry point for people seeking to enter Europe illegally.

Spanish authorities are upset with their Moroccan counterparts over the issue, saying they are not helping to stop the surge. Ceuta’s President Juan Vivas described the situation as “so chaotic” and referred to an “absolute passivity of Moroccan authorities” on the issue. The Spanish government deployed the army to Ceuta on Tuesday to help people get safely to shore and protect the border, according to RTVE.

Spain has sent 2,700 people back to Morocco so far and Spanish Prime Minister Pedro Sánchez traveled to Ceuta on Tuesday, Agence France-Presse reported. Morocco has not commented on the incident.

Moroccan border guards let people head to Ceuta freely on Monday but sent police to crack down on crowds near the border crossing on Tuesday, according to Agence France-Presse.

Morocco is angry at Spain for providing medical treatment to Brahim Ghali, who heads the Polisario Front that seeks independence for the Moroccan-controlled territory of Western Sahara in northwest Africa. Western Sahara used to be a Spanish colony.