The cargo vessel got stuck in a canal north of the Caspian Sea while bringing goods to Iran. Russia and Iran have lobbied for an alternative to the Suez Canal through their countries recently. 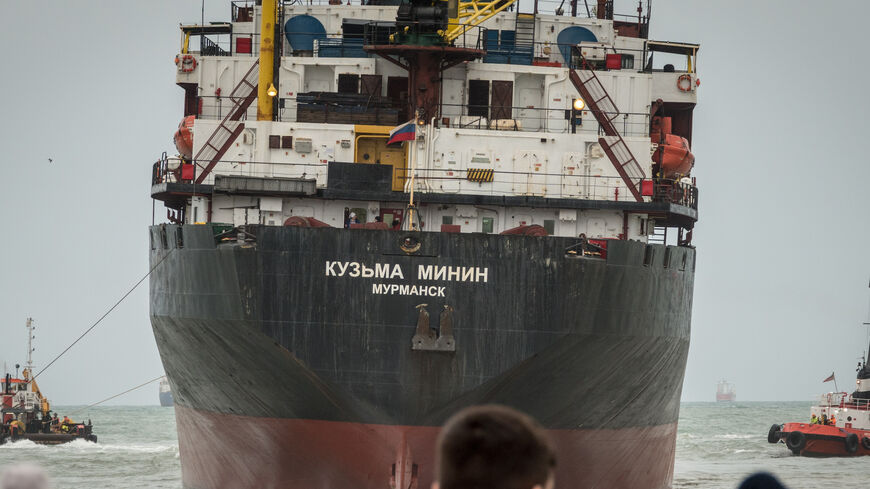 Locals watch as the stricken Kuzma Minin is towed out to sea in Falmouth on Dec. 18, 2018, in Cornwall, England. - Matt Cardy/Getty Images

A Russian cargo ship headed toward Iran got stuck in a canal near the Caspian Sea overnight.

The ship departed from Port Olya in the autonomous Astrakhan region of Russia just north of the Caspian last night before getting stuck in the Volga Canal, Iran’s official Islamic Republic News Agency reported.

The ship, aptly named PORT OLYA 4, was transporting unspecified “goods” to Iran. Nobody was injured, and the reason for the incident is unknown. An operation to refloat the ship will begin once the weather improves, according to the agency.

The ship is listed as a “General Cargo Ship” by the ship-tracking website VesselFinder.

Iran has close political ties with Russia, and the two states agree on an array of international issues, including the Iran nuclear deal and the war in Syria. Both states also pushed last month for an alternative to the Suez Canal through Iran and Russia.

Many Iranian businesspeople are based in AstraKhan due to its access to shipping routes, according to the Islamic Republic News Agency.