Three rockets were fired from Syria toward Israel. 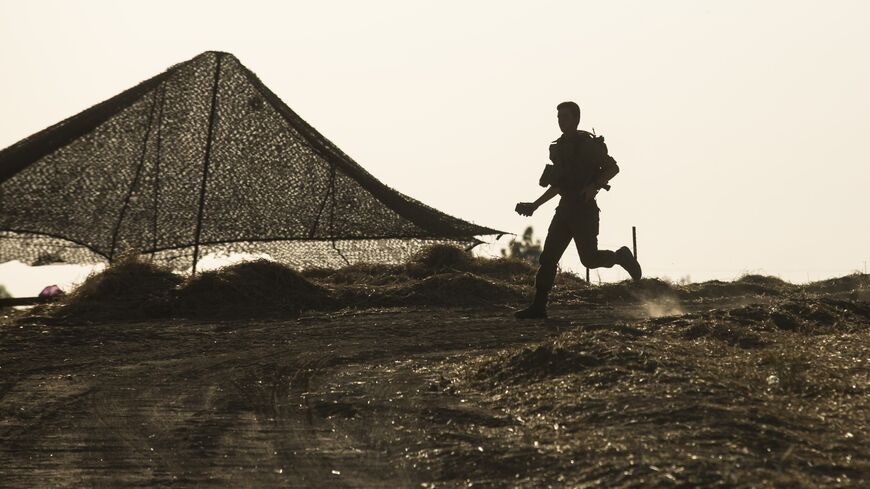 An Israeli soldier runs for a shelter in a field near the border after sirens sound warning of incoming rockets fired from the Gaza Strip on May 14, 2021, in Sderot, Israel. - Amir Levy/Getty Images

Three rockets were fired from Syria toward Israel on Friday night, with one failing to cross the border, the Israel Defense Forces (IDF) said.

The rockets caused no damage. There was no immediate claim of responsibility, but the launch came after Israeli forces shot and killed a member of Lebanese Hezbollah who reportedly attempted to cross the border into Israel with a group of people earlier Friday.

Israel’s military is on edge as leaders weigh whether to invade the Gaza Strip, from which Hamas and the Islamic Jihad have launched more than 2,000 rockets since Monday. At least seven Israelis and more than 120 Palestinians have been killed. Meanwhile, violent confrontations between Jewish and Arab communities have riled Israel internally.

Israel has conducted hundreds of airstrikes inside Syria since the start of that country’s civil war in 2011. The strikes have focused largely on Iran-linked targets to prevent Iranian weapons, including precision-guided munitions, from approaching the Israeli border.

Hamas on Thursday released footage of what it purported to be explosive drones launched toward Israel. The unmanned drone closely resembled models exported by Iran. Israel’s air force shot down some while others apparently crashed.

Friday’s incident follows a similar launch of three rockets from southern Lebanon on Thursday. Those projectiles landed harmlessly in the Mediterranean, the IDF said. Lebanon’s army intelligence arrested a man they said was tied to a Palestinian faction.

Israeli aircraft and artillery continued to pound targets in Gaza throughout Friday. Israel said at least 16 Hamas military officials have been killed since fighting broke out between the two sides earlier this week.

Hamas offered a truce proposal but it was rejected Wednesday by Prime Minister Benjamin Netanyahu’s government, which opted to expand its assassination strikes on Hamas officials.

The Biden White House appeared to blame Hamas for the lack of a cease-fire Friday.

"What happened, I think, earlier this week is that assurances from Hamas that they were prepared to stand down proved to be false,” press secretary Jen Psaki said during a press briefing.

At the same time the Biden administration has blocked moves by the UN Security Council to call for an end to the violence, reportedly telling diplomatic officials that UN condemnation could risk sabotaging a potential cease-fire.