The 120 US military personnel were visiting for a planning conference ahead of a joint exercise with Israeli forces. 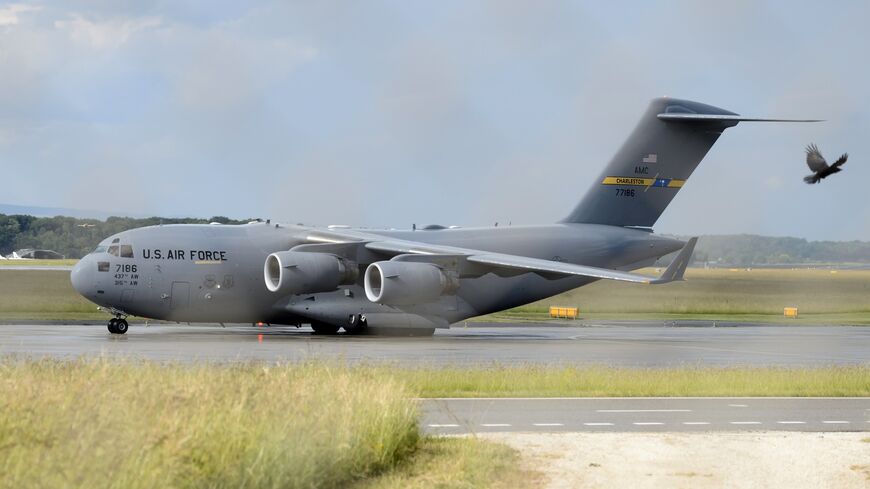 A US military C-17 transport plane carried US personnel from Israel to Germany on Thursday. Here, a C-17 is seen in Geneva, Switzerland, on June 1, 2015. - FABRICE COFFRINI/AFP via Getty Images

The escalating violence between Israel and Palestinian militant groups in Gaza has prompted the US military to withdraw more than 100 personnel from Israel.

Some 120 service members, including personnel from the Navy’s Combined Task Force 76 and the 3rd Marine Logistics Group, were evacuated in a C-17 transport aircraft to Germany on Thursday as rockets continued to stream into Israeli skies.

The sailors and Marines were in Israel for a “routine planning event” ahead of a joint training exercise and were originally set to depart later this week, Pentagon spokesman John Kirby told reporters. CNN’s Barbara Starr first reported the evacuation.

Several US commercial airlines have canceled flights between the United States and Tel Aviv’s Ben Gurion Airport due to the rocket fire from Gaza. Civilian air traffic was redirected to Ramon Airport near Eilat in Israel’s far south near the Red Sea.

Intense conflict between Israel and Palestinian militant groups based in the Gaza Strip broke out Monday when Hamas fired rockets into Israel in response to an Israeli police raid on the Al-Aqsa Mosque.

The raid reportedly injured more than 300 Palestinians and more than a dozen Israeli police as protesters gathered in the mosque complex to protest the attempted eviction of Palestinian residents from an East Jerusalem neighborhood by Jewish settlers.

The government -of Prime Minister Benjamin Netanyahu rejected a conditional cease-fire proposal from Hamas on Wednesday night, opting to escalate strikes against Hamas.

Israel’s military has called up some 9,000 reservists and begun preparations for a potential ground invasion of Gaza.

The US administration of President Joe Biden has dispatched the State Department’s top official for Israeli-Palestinian affairs, Hady Amr, in a bid to slow the spiral of violence. Meanwhile, an Egyptian intelligence delegation arrived in Gaza on Thursday, The Associated Press reported.

The United States does not maintain military bases in Israel but regularly conducts joint exercises with the Israeli military. US Navy ships also frequently dock at the port of Haifa, including for joint drills.