The importation of 1,500 Tesla cars in May paints a picture of Israeli consumers eager to transition to electric vehicles. 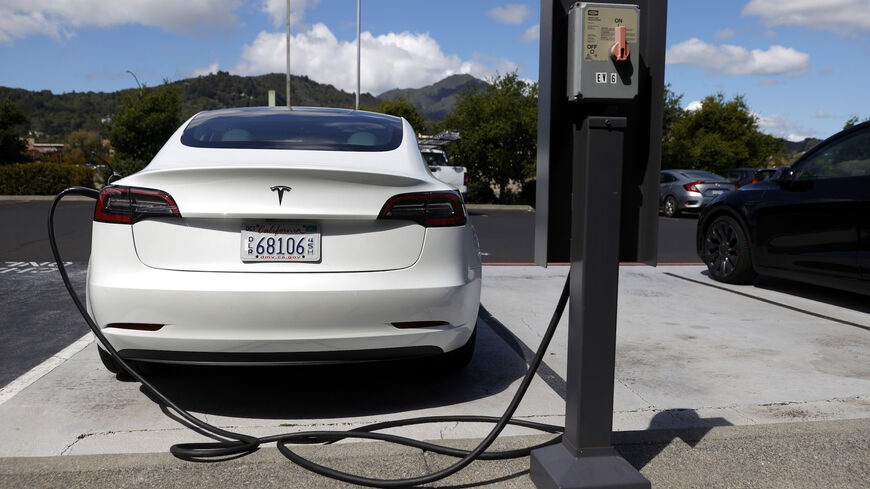 Israel's largest shipment of electric cars arrived at the beginning of May. A ship carrying 1,500 Tesla Model 3 cars is unloading at the Ashdod port. The delivery is six times the size of the first shipment from the American electric car maker that arrived in March and equals all of the electric vehicles sold in Israel from GM, Audi, Renault, Jaguar, Nissan, Mercedes, Mini and other car makers during all of 2020.

Still, China is looking like an even bigger future importer of electric cars to Israel. In the next two years it is expected to bring as many as eight Chinese vehicle brands to the country.

The May Tesla shipment arrived a week after Prime Minister Benjamin Netanyahu’s April 23 speech at the virtual climate summit convened by US President Joe Biden. Netanyahu committed Israel to reducing CO2 emissions and completing the switch from fossil fuels to renewable energy by 2050, as did many Western nations.

But the various government ministries have not yet come to an agreement regarding the full plan of how to do so. In fact, in the “Low Carbon Economy 2050” plan that the government ministries produced, there is no commitment at this time to reach zero emissions in 2050. The Energy Ministry is ready to commit to reduce emissions in the electricity sector by 75-85% at most.

Electric vehicle owners already report a wait at the fast-charging stations throughout Israel.

The Energy Ministry has been trying to encourage growth in the sector. It recommended the government adopt a series of reforms in infrastructure and taxation to advance the adoption of electric cars in Israel. In its new energy goals report published this week, the ministry recommends extending a 10% tax credit for electric cars and delaying the planned increase in sales tax on such vehicles. It also recommends cancelling the 7% customs fee imposed now on electric cars arriving from China and those that contain parts from China, especially batteries, at least to 2026.

The Energy Ministry also recommended extending the benefit of usage value (which employers credit to staff who receive a company vehicle) for electric cars until 2026, as well as discounting registration fees for electric cars by at least 50%. It called for more discounts and benefits for electric taxis and affordable parking spots dedicated to electric vehicles at train and mass transit parking lots.

Until last year, electric vehicles made up 1% of sales, but a breakthrough is clearly around the corner. It will happen when the Israeli leasing market, which numbers 300,00 vehicles and sets trends, rapidly increases its fleet of electric cars. The process has already started with some of the largest companies, including Amdocs, the airline industry and the ICL Group leasing electric vehicles for their employees.

The range of available models in the leasing market will grow in the coming quarters, including mainstream brands.  A sharp jump in fuel and gas prices expected around the world will also be a critical issue for the fleets.

Structured tax benefits for electric vehicles and corporate and environmental responsibility entering the policies of some international companies, especially in high tech, also add motivation to the changeover in the institutional car market to electric.

The last factor is a decline in the desirability of hybrid vehicles, which represent nearly 30% of acquisition by the leasing companies. In 2022 the sales tax imposed on them will jump from 50% to 65%, bringing their price near the basic electric models.

The market share of electric vehicles is expected to reach 15-20% of sales in the next year.

But even before these recommendations are implemented, the Israeli consumer is already transitioning to electric cars. If the government is smart enough to provide charging stations and a lower “green” tax, this trend could help Israel meet the ambitious goal Netanyahu set for 2050.