An Israeli helicopter launched a missile in Syria's southern Quneitra province, according to state media. 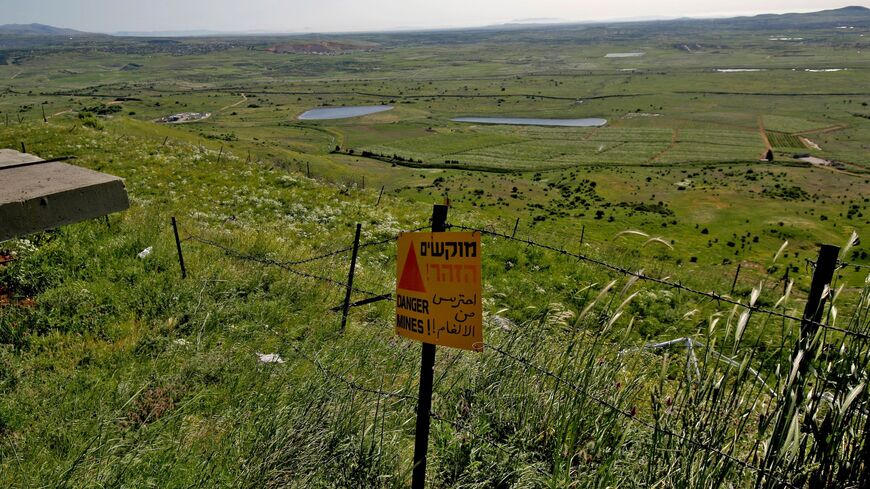 A sign warning of land mines is seen by a barbed-wire fence in the Israeli-annexed Golan Heights on April 22, 2021, near the border fence with the Syrian governorate of Quneitra. - JALAA MAREY/AFP via Getty Images

Suspected Israeli airstrikes hit Syria for the second day in a row today.

An Israeli helicopter launched a missile at an unspecified target in the southern province of Quneitra after midnight, according to the Syrian state SANA news agency. The outlet did not report any damage or casualties.

Syria also reported multiple Israeli airstrikes yesterday on its western coast that killed one person and injured several others.

Israel typically does not confirm its military actions in Syria, but the Damascus regularly accuses the country of conducting aerial attacks. The suspected Israeli strikes have targeted the Syrian and Iranian military presence in the country.

Last month, a Syrian missile landed inside Israel, a rare event. Israel confirmed conducting airstrikes in Syria at the time.