Lisa Smith's case has prompted comparisons to Shamima Begum, whose British citizenship was revoked after she went to Islamic State territory in Syria. 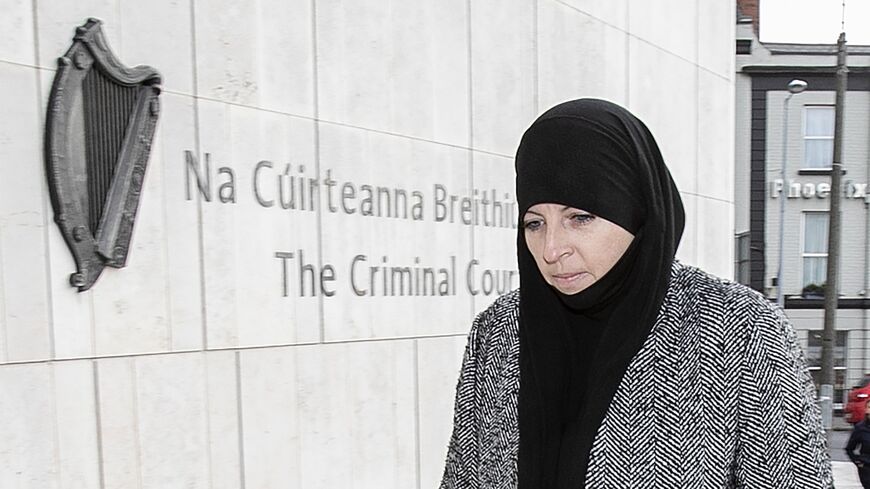 Former Irish soldier Lisa Smith arrives to attend her court hearing at the Central Criminal Court in Dublin on Jan. 8, 2020. Smith was arrested by police at Dublin Airport on Dec. 1, 2019, after being deported from Turkey with her 2-year-old daughter, and is charged with being a member of the Islamic State in Syria. - PAUL FAITH/AFP via Getty Images

An Irish woman accused of joining the Islamic State (IS) in Syria won the right to enter the United Kingdom on Friday.

Lisa Smith is a former Irish soldier from County Louth in the Republic of Ireland, which borders Northern Ireland in the United Kingdom. She was barred from entering the UK by the British Home Office in 2019 and was charged with belonging to IS, which she denies. Smith successfully appealed the ban on the grounds that she was entitled to enter the UK due to her father being from Northern Ireland, which entitled her to British citizenship rights. The Good Friday Agreement between the United Kingdom and the Republic of Ireland also allows citizens of each country to move freely to and from the other country, the BBC reported.

Smith, a convert to Islam, traveled to IS territory in Syria in 2015 and married a British “jihadi” named Sajid Islam. She returned to Ireland with her daughter on a flight from Istanbul in 2019 and was arrested upon landing. Before leaving Syria, Smith lived in a camp for displaced IS affiliates. She ended up in Turkey after a Turkish-backed militia handed her over to Turkish authorities following their 2019 invasion of northeast Syria, according to the Belfast Telegraph.

Smith lived in the infamous al-Hol camp, which hosts thousands of women and children of IS fighters, for a time while in northeast Syria. She was interviewed by CNN there in 2019.

The highly publicized case has prompted comparisons with the British woman Shamima Begum, who traveled to Syria when she was 15 and married an IS fighter. Her British citizenship was revoked in 2019 on security grounds and in February, a British court ruled that she cannot return to the UK to fight her case.