The United States is facing an uptick on attacks on Jewish people in the wake of the Israel-Gaza conflict. 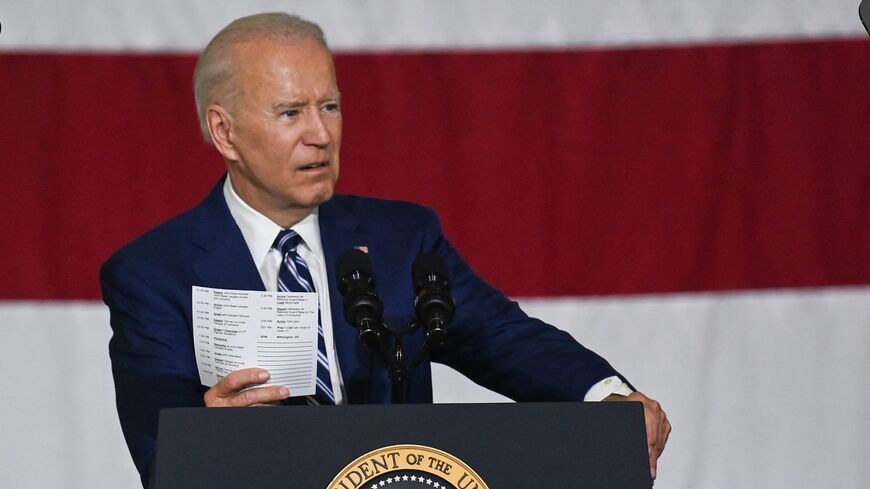 US President Joe Biden speaks to service members at Joint Base Langley-Eustis on May 28, 2021, in Hampton, Virginia. - BRENDAN SMIALOWSKI/AFP via Getty Images

US President Joe Biden on Friday thoroughly condemned a spate of recent attacks on Jewish people in the United States since this month’s conflict between Israel and Gaza.

“We have seen a brick thrown through window of a Jewish-owned business in Manhattan, a swastika carved into the door of a synagogue in Salt Lake City, families threatened outside a restaurant in Los Angeles, and museums in Florida and Alaska, dedicated to celebrating Jewish life and culture and remembering the Holocaust, vandalized with anti-Jewish messages,” Biden said in a statement, saying the attacks are “despicable, unconscionable, un-American, and they must stop.”

“I will not allow our fellow Americans to be intimidated or attacked because of who they are or the faith they practice,” he said.

Incidents of anti-Semitic vandalism, harassment and violence have nearly doubled in the United States amid Israel’s 11-day war with Palestinian militants in the Gaza Strip, according to data from the Anti-Defamation League.

The conflict halted May 21 after US- and regional governments pushed Israel and Hamas to accept a cease-fire proposal put forth by Egypt’s government. More than 240 Palestinians, including a significant number of women and children, were killed. Twelve people in Israel died as a result of rocket fire from the Gaza Strip.

In New York City’s Times Square on May 20, fighting broke out between pro-Israeli and pro-Palestinian protesters. Police arrested 27 people, with two people hospitalized.

A majority of the recent attacks against Jewish people and properties were not directly related to protests over the conflict in Gaza, however, and the connection between the conflict and the attacks remains unclear.