In the first three months of 2021, the UN human rights experts documented 210 incidents of violence against Palestinians. 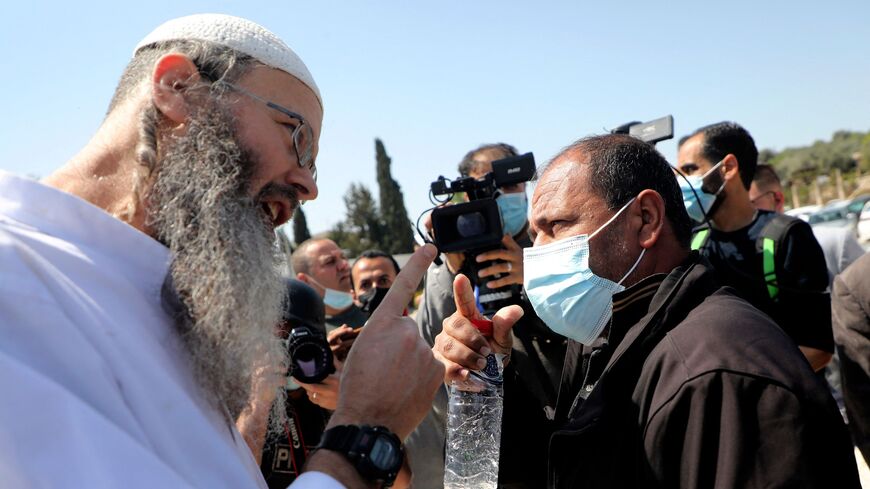 Israeli settlers clash with Palestinian demonstrators commemorating land day and protesting settler visits to archaeological and historical sites in the Palestinian village of Sebastia, northwest of Nablus in the occupied West Bank, on March 30, 2021. - JAAFAR ASHTIYEH/AFP via Getty Images

In the first three months of 2021, the experts documented 210 incidents of violence, including one Palestinian death at the hands of Israeli settlers — acts of violence they said were aimed at making daily life “untenable” for Palestinians.

The UN Office for the Coordination of Humanitarian Affairs recorded 771 incidents of settler violence in 2020, which injured 133 Palestinians and damaged 9,646 trees and 184 vehicles. Most of the incidents were ideologically motivated and took place in Hebron, Jerusalem, Nablus and Ramallah, the experts said.

“They primarily target the livelihoods of rural Palestinians, vandalizing livestock, agricultural lands, trees and homes,” they said, adding the attacks were also aimed at intimidating and terrorizing residents.

More than 440,000 Israeli settlers live in the West Bank. Captured by Israel in the Six-Day War of 1967, the Palestinians envision the West Bank as part of a future independent state.

Critics of the Israeli settlements there say they undermine the prospects of a two-state solution, and most countries consider them to be a violation of international law.

The UN experts described one incident last month in southern Hebron during which a Palestinian family — parents and eight children — were attacked by 10 Israeli settlers, some of whom were reportedly armed.

“We are deeply worried by the atmosphere of impunity in which these attacks are taking place,” the experts said, adding that the Israeli military is often present or nearby but fails to take steps to protect the Palestinians. “This amounts to a discriminatory two-tier approach to military protection and policing in the West Bank."

The experts called on Israel as an occupying power to protect the Palestinians and for the international community to “impose meaningful costs” on Israel for its decadeslong occupation of the Palestinian territories.