President Recep Tayyip Erdogan announced new restrictions beginning on Thursday, which include the in-person closure of all schools and most businesses. 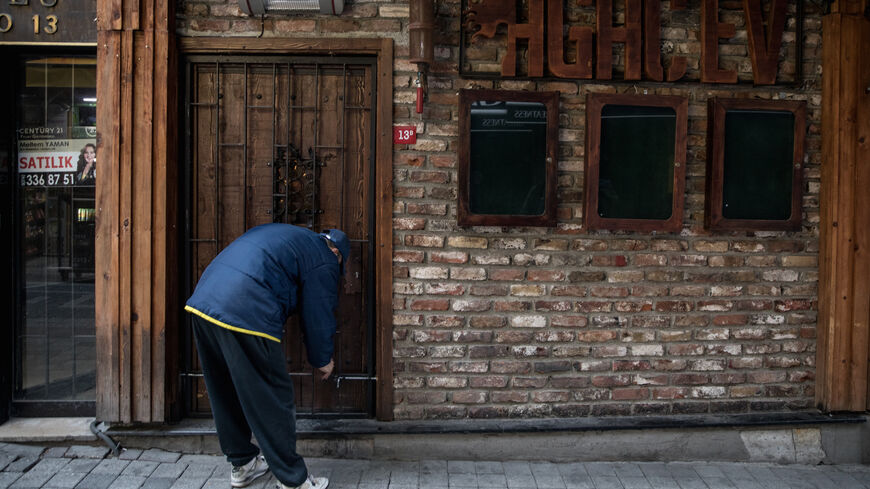 An employee of Agac Evi Blues Bar locks the bars front door after checking the inside after the venue has been closed for nearly a year due to coronavirus restrictions on February 24, 2021 in Istanbul, Turkey. - Chris McGrath/Getty Images

From Thursday until May 17, residents are required to stay indoors unless making a necessary shopping trip or seeking urgent medical treatment.

“There will be an uninterrupted restriction on going outside between these dates,” Erdogan said following a Cabinet meeting in Ankara.

Schools will move to online learning, intercity public transit will run at 50% capacity and travel between the provinces will be barred. Businesses must close unless given permission by the Interior Ministry to stay open. Exceptions will be made for the manufacturing and food sectors.

“At a time when Europe is entering a phase of reopening, we need to rapidly cut our case numbers to below 5,000 not to be left behind. Otherwise, we will inevitably face heavy costs in every area, from tourism to trade and education,” Erdogan said following a Cabinet meeting.

Since lifting partial restrictions in March, Turkey has struggled to keep the virus in check. On April 16, health officials recorded 63,000 cases, in what marked the country’s highest yet case count.

The Health Ministry on Monday confirmed 37,312 new cases and 353 deaths, raising Turkey’s total caseload since the beginning of the pandemic to more than 4.6 million and 38,711 deaths. Late last month, Health Minister Fahrettin Koca said the British COVID-19 variant accounted for 75% of all new cases.

Turkey, with a population of 83 million, launched its mass vaccination campaign in mid-January. So far, more than 13.33 million people have received one jab and 8.18 million have been fully vaccinated. On Monday, a Turkish pharmaceutical company announced it would begin local production of Russia’s Sputnik V vaccine.