The French proposal to suspend Syria's "rights and privileges" in the Organization for the Prohibition of Chemical Weapons followed repeated reports of government forces using chemical weapons against civilians. 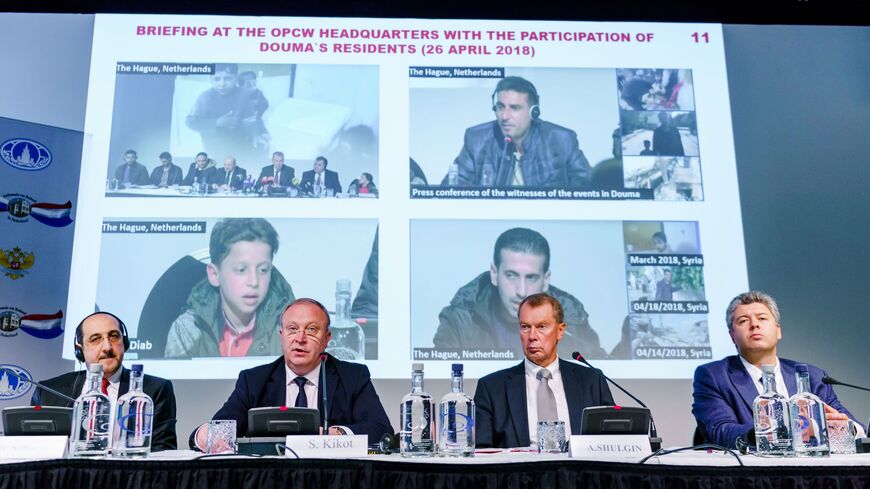 A global chemical weapons watchdog has voted to suspend Syria’s voting rights in the organization, an unprecedented rebuke in response to the regime’s use of poison gas against its own people.

During the annual meeting of the Organization for the Prohibition of Chemical Weapons (OPCW) on Wednesday, a proposal to suspend Syria’s “rights and privileges,” including its ability to hold office or vote, secured the backing of a two-thirds majority of member states that it needed to pass. Fifteen countries, including Syria’s main backers Russia, China and Iran, voted against the measure.

The move marked the first time in the OPCW’s 24-year history that a country has lost its voting privileges. France, which spearheaded the effort, said Wednesday’s decision signaled that violations of the 1997 Chemical Weapons Convention, which prohibits “the use, development, production, stockpiling and transfer of chemical weapons,” won’t be tolerated.

“OPCW Member States sent a clear signal — the repeated use of #ChemicalWeapons by #Syria is unacceptable for the #InternationalCommunity,” the French Embassy in the Netherlands tweeted.

The vote on Wednesday came in response to a report released by the organization last year that concluded there were “reasonable grounds to believe” the Syrian air force was responsible for three separate aerial attacks that dropped chlorine and the nerve agent sarin on the opposition-held village of Ltamenah in March 2017.

Syrian President Bashar al-Assad and his chief ally Russia deny that government forces have used chemical weapons during the country’s long-running war despite a body of evidence from rights organizations, journalists and medics documenting otherwise.

Earlier this month, a new OPCW report said it was likely that Syrian air force helicopters dropped at least one cylinder containing chlorine on the town of Saraqib in rebel-held Idlib province on Feb. 4, 2018. At least 12 people displayed symptoms consistent with chlorine exposure, the UN-backed investigative team said, including shortness of breath, skin irritation, chest pain and coughing.

On Tuesday, four nongovernmental organizations announced they had filed a criminal complaint in Sweden accusing members of the Syrian government of using chemical weapons in Idlib province’s Khan Sheikhoun in 2017 and the Damascus suburb of Ghouta in 2013. Similar cases seeking accountability for Syria’s chemical weapons use are underway in Germany and France.