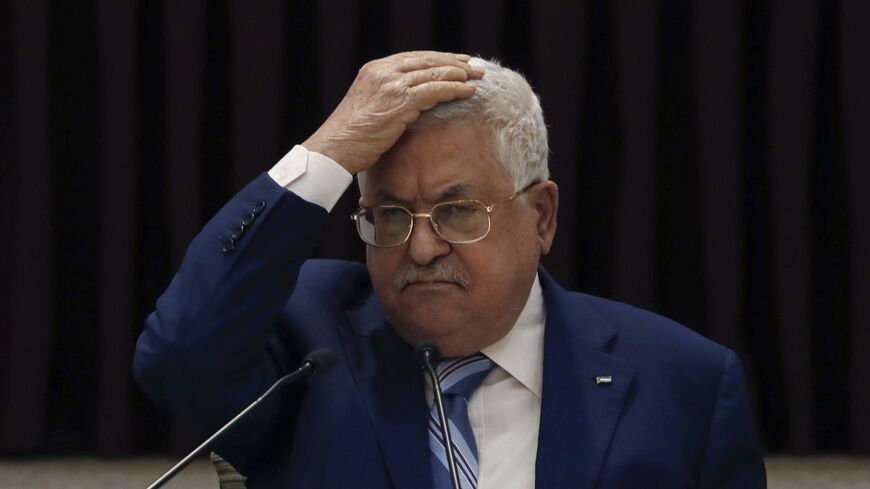 President Mahmoud Abbas gestures during a meeting of the Palestinian leadership to discuss the United Arab Emirates' deal with Israel to normalize relations, in Ramallah in the Israeli-occupied West Bank, on Aug. 18, 2020. - MOHAMAD TOROKMAN/POOL/AFP via Getty Images

“President Mahmoud Abbas has completed his previously scheduled medical examinations in Germany,” the Palestinian presidency said. “The president is in good health and will return to the homeland on Thursday.”

He is expected to meet with German Chancellor Angela Merkel while in Berlin.

The 85-year-old Abbas is a heavy smoker and has had several health scares, including prostate cancer. In February 2018, he traveled to Baltimore for a biopsy and other health checks at Johns Hopkins University in Maryland. That same year he was hospitalized for pneumonia.

Amid the speculation over Abbas’ health, Palestinians are gearing up for their first national elections in 15 years. Palestinians living in the West Bank, Gaza and Jerusalem are slated to head to the polls for legislative elections May 22 and to cast their votes for president July 31.

Abbas has served as president since 2005, following Yasser Arafat’s death the year before. He has ruled by decree since his four-year term expired in 2009 and hasn’t chosen a successor.

The aging politician hasn’t said whether he will run for reelection this summer, and a number of senior officials within his Fatah party are waiting in the wings to replace him. Marwan Barghouti, a former Fatah figure imprisoned by Israel for murder, also announced his own list of candidates that will challenge the official Fatah slate.

It’s still unclear whether the elections will even happen, but formal campaigning is set to begin April 30. PA officials this week dismissed concerns that Abbas’ health could impact the elections.

“As far as I know, his health condition is relatively good,” an official told The Jerusalem Post. “His visit to Germany will not change plans to hold the elections.