Libya's new unity government has had warm relations with Greece so far, but there are remaining issues on energy drilling in the Eastern Mediterranean that also involve Turkey and Egypt. 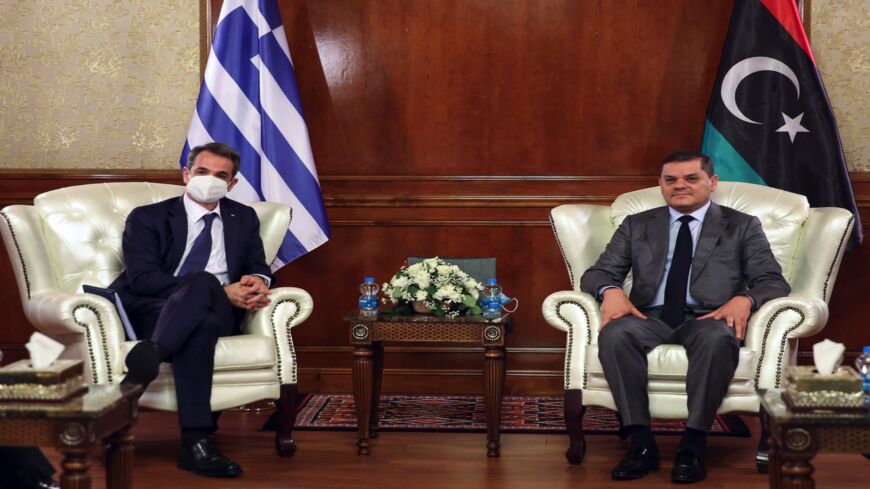 Libya and Greece have agreed to resume talks on their disputed sea border.

The dispute between Athens and Tripoli on the maritime boundary is longstanding and involves several countries in the Mediterranean region. Turkey signed a deal with Libya’s Tripoli-based Government of National Accord in 2019 to conduct offshore energy drilling operations off the Libyan coast. However, the area includes waters that Greece and Cyprus claim as part of their maritime territory. Egypt has backed Greece for the most part over the issue, as has France. The disagreement also relates to the Libyan civil war that ended last year, where Turkey supported the Government of National Accord and Egypt backed the eastern-based Libyan National Army.

Most recently, Mitsotakis called Egyptian President Abdel Fattah al-Sisi in March to discuss energy cooperation in the sea. The move followed Turkey and Egypt repairing their long-damaged relationship and may have been prompted by Greek fears that the two would sign a new maritime agreement.

The meeting between the Libyan and Greek leaders also came after political developments in Libya. An interim unity government took office in March following the end of the civil war in October of last year. The new government’s relations with Greece have been cordial so far. New Libyan Prime Minister Abdulhamid Dbeibeh met with Mitsotakis last week in Tripoli. Mitsotakis called the meeting “productive,” and the two discussed possibilities for energy cooperation, according to his speech. France also established relations with the unity government in March.

Issues remain between Greece and Libya’s ally Turkey in the body of water. This week, the Greek Ministry of Foreign Affairs said a recent Turkish communication from one of its energy exploration ships in the Mediterranean “does not have the authority.”