The Israeli military said its warplanes struck a Hamas weapons manufacturing site, a tunnel and a military post. 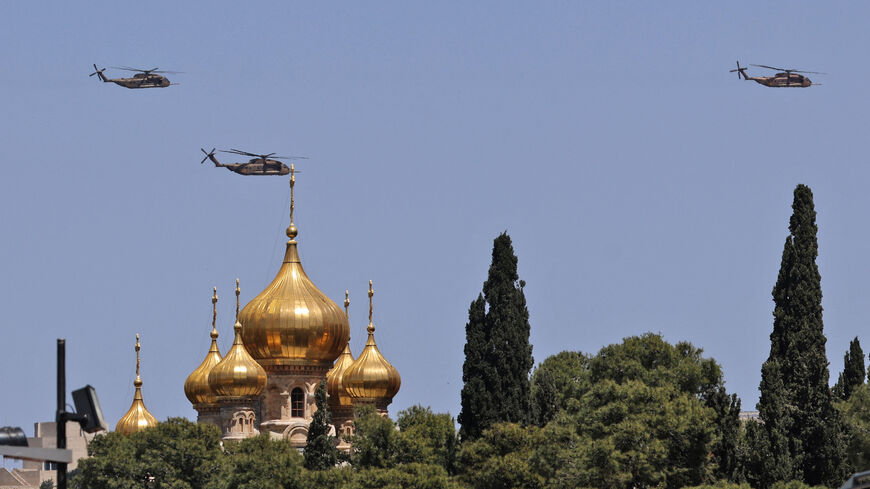 Israeli warplanes struck Hamas targets in the Gaza Strip early on Friday in what the Israel Defense Forces said came in retaliation for a rocket fired at southern Israel several hours before.

Late Thursday, a rocket fired from the Palestinian enclave landed in a field, triggering sirens in the desert town of Sderot and the nearby areas of Nir Am and Ibim. Israel news outlets reported no casualties or damage from the rocket.

In response, the IDF said its fighter jets and attack helicopters struck a weapons manufacturing site, a weapons-smuggling tunnel and a military post belonging to the Palestinian militant group that rules the Gaza Strip.

“We will not tolerate any threat to Israeli civilians,” the IDF tweeted.

AFP cited a security source who said there were no casualties from the Israeli strikes.

Hamas hasn’t claimed responsibility for the attack on Israel that came as the Jewish state wrapped up its annual Independence Day celebrations. But a spokesperson for the group, Hazem Qassem, condemned Israel’s attack on the impoverished territory during the month of Ramadan.

Separately on Thursday, the IDF detained an unarmed Palestinian who illegally crossed into Israel from the Gaza Strip, The Jerusalem Post reports.

The Israeli-Gaza border has experienced relative calm in recent weeks. Hamas was last blamed for a rocket fired at Israel on March 23 that landed in a field near Beersheba while Prime Minister Benjamin Netanyahu was making a campaign stop in the southern Israeli city. The Gaza-based group targeted Netanyahu twice when he visited southern Israel during his 2019 campaign.