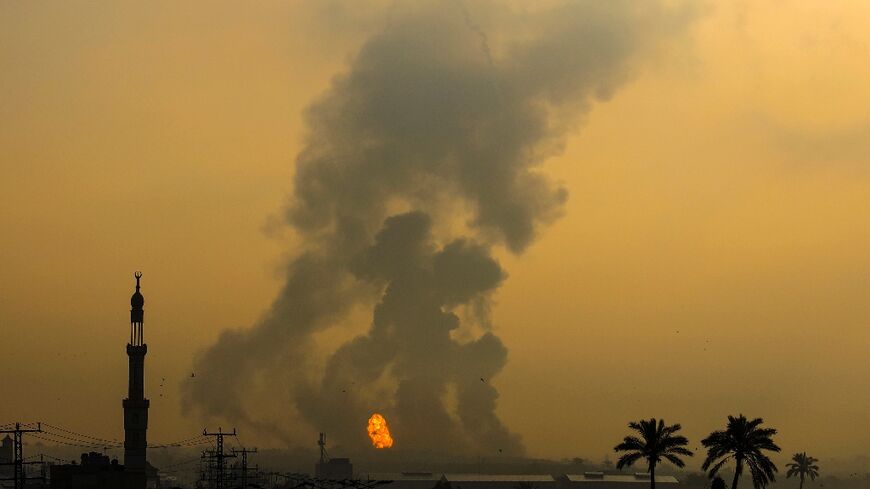 Israeli warplanes hit Hamas military sites in the Gaza Strip on Saturday in retaliation for rocket fire from the Palestinian enclave run by the Islamist movement, the Israeli army said.

"A short while ago, in response to the rocket attack, (Israeli military) aircraft struck a number of Hamas terror targets in the Gaza Strip," the army said in a statement.

The strikes came after Hamas "launched a rocket... toward Israeli civilians in southern Israel", it said, adding the projectile was intercepted by Israeli air defences.

The Israeli "aircraft targeted a weapons manufacturing site located inside a Hamas military post and an additional three military posts belonging to Hamas," the statement said.

After the strikes balls of flame shot into the air, leaving dark smoke drifting over the territory.

Later Saturday, Israel said it was suspending an increase in entry permits for Palestinian workers from Gaza announced earlier this week in response to the rocket fire.

Hamas spokesman Hazem Qassem said the air raids, in the southeast of Gaza City, were an "extension of the aggression against Palestinian territory in Jerusalem and the occupied West Bank," after the killing of three Palestinians on Friday.

Twelve Palestinians were also wounded in Friday's Israeli army raid in Jenin, a stronghold of armed Palestinian factions in the West Bank.

The men were killed when Israeli forces opened fire on their vehicle, the Palestinian news agency Wafa said. 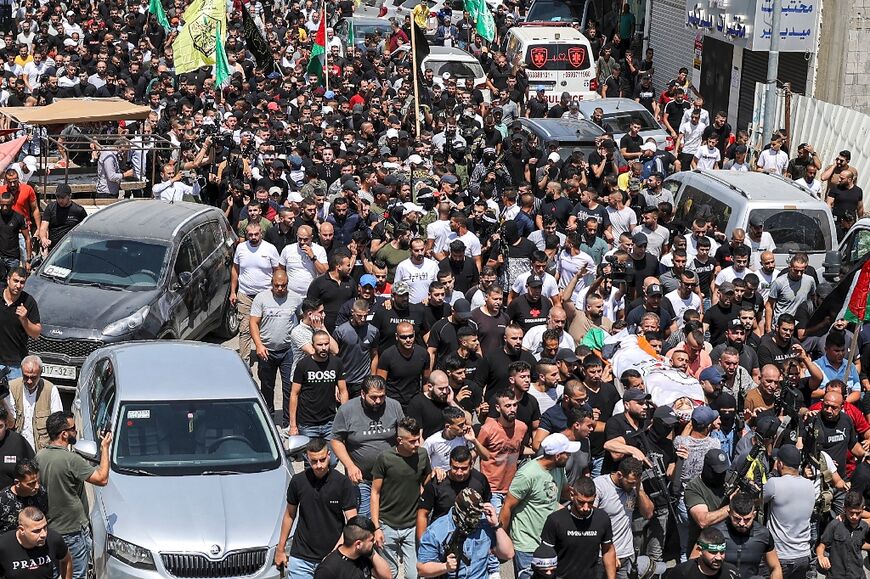 The Israeli army said soldiers had come under fire during an operation to search for weapons.

One of the dead was a Hamas commander, the group said, vowing that the killings "will not go unpunished".

Qassem made no mention of whether Saturday's air strikes caused any casualties.

On Saturday evening, Defence Minister Benny Gantz suspended an increase in Israeli entry permits for Gazan workers "in response to the firing of a rocket toward the state of Israel", said COGAT, the Israeli defence ministry body responsible for civil affairs in the Palestinian territories.

The additional 2,000 entry permits for Palestinian workers from Gaza, announced on Thursday, would have taken the total to 14,000.

Work in Israel provides a lifeline for thousands of Gazans, who can earn far higher wages on Israeli farms and construction sites than they do in Gaza.

The impoverished Hamas-controlled enclave of 2.3 million people has been under Israeli blockade since 2007.

In May, Israel closed its only crossing for people travelling to or from Gaza for nearly two weeks, as violence rocked the occupied West Bank, even though the Gaza border remained quiet.

Last year, Israel and Hamas fought an 11-day war triggered in part by unrest over the Al-Aqsa mosque compound, the holiest site for Jews, who call it the Temple Mount.