Iran, Egypt, Iraq and Saudi Arabia accounted for 88% of executions last year outside of world leader China, according to Amnesty International. 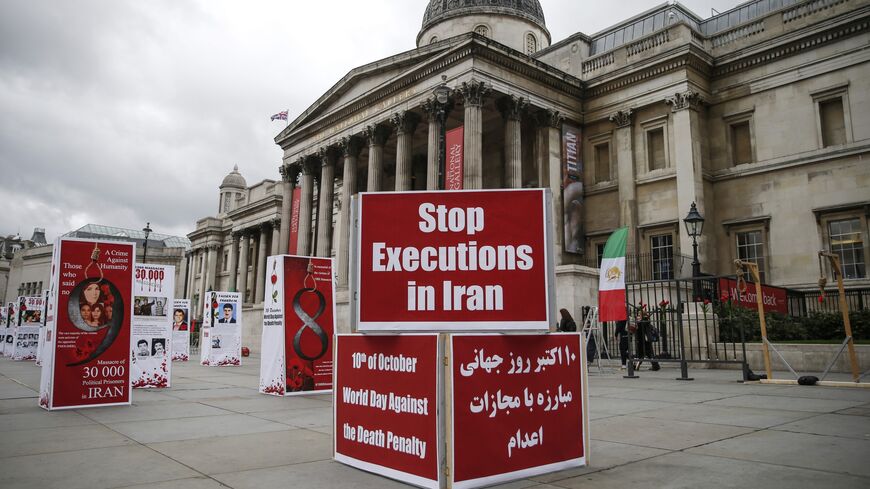 An exhibition in Trafalgar Square in London on Oct. 10, 2020, calls for an end to executions in Iran. The exhibition, held by Anglo-Iranian communities in the UK, marked World Day against the Death Penalty. - Hollie Adams/Getty Images

London-based Amnesty International released its statistics Wednesday on executions for the year 2020. China remained the world’s top executioner. Aside from the People’s Republic, Iran, Egypt, Iraq and Saudi Arabia accounted for 88% of the remaining executions in the world, according to a press release.

Iran, Egypt, Iraq and Saudi Arabia were the second- through fifth-highest executioners in 2020, followed by the United States, according to Amnesty International's report.

There were at least 246 executions in Iran in 2020, including death sentences for protesters and members of minority groups, according to the report. One notable example was the December hanging of journalist Ruhollah Zam, who was convicted of the vague “corruption on earth” charge.

In Egypt, there were at least 107 executions, which constituted a more than 300% increase from last year, according to Amnesty. In December, the organization accused the Egyptian government of going on a two-month “horrifying execution spree” of prisoners.

In Iraq, Amnesty noted at least 45 executions. Iraq has had relatively high execution rates over the past several years in large part due to death sentences for people convicted of belonging to the Islamic State.

There were also 27 executions in Saudi Arabia, the group said. In February, the Saudi government commuted the death sentences of three Shiite men who took part in anti-government protests years ago when they were teenagers. Amnesty said at the time that the reversal should serve as a “definitive end to the practice of sentencing juvenile offenders to death.”

For comparison, Amnesty said that thousands of executions took place in China, but that the state keeps these numbers secret. There were also 17 executions in the United States. Most countries around the world did not have any known executions carried out by the state last year.