Residents of the city of Idlib in northwestern Syria have resorted to digital currency to make some money by using only a cellphone connected to the internet. 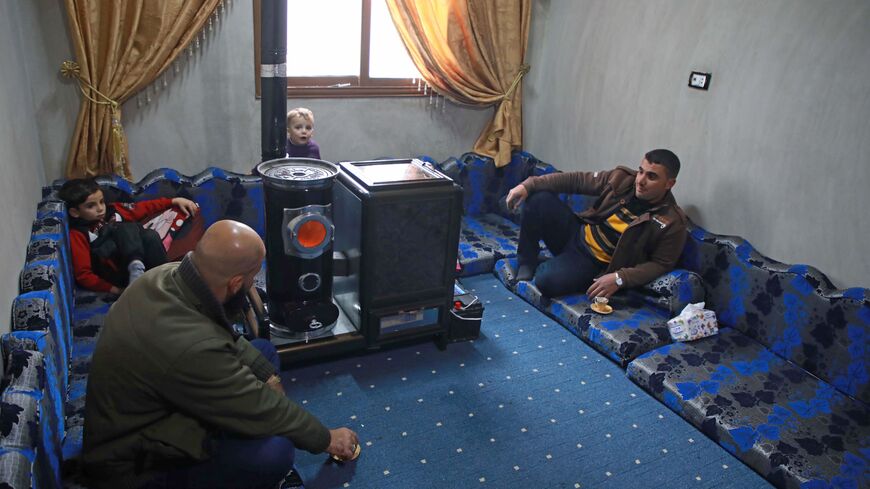 Collecting virtual coins in northern Syria has become a way to earn money online through several applications, with monthly profits reaching up to $200.

All that is needed is a cellphone with access to the internet. In order to collect coins an application should be installed and an account created. Subsequently, the user joins voice chat rooms and collects gifts sent by the administrators, converts them into coins and resells them to specific telecommunication shops.

A single user can create up to 50 accounts using the same phone to increase profits, thus earning up to $200 per month. Every 1,000 coins are sold for $4. In the northwestern province of Idlib, people of all ages, men and women, are involved in this business that helps them earn a monthly income.

Mustafa Hamidi, a sociologist and freelance researcher based in Turkey, told Al-Monitor, “In all societies grappling with poverty and helplessness, people look for new ways to earn money in order to make ends meet and ward off poverty. I believe that the Syrian population has reached extreme poverty, as more than 80% of Syrians live below the poverty line. Hence the need for such options.”

He said, “Collecting coins as an easy way to earn money follows the principle whereby the end justifies the means. It is a business that young people are interested in amid a lack of job opportunities, financial resources and any prospects. However, I do not think that this will solve all the problems the youth are facing, nor will it serve as a livelihood solution for Syrian society in the north. It is more of a bubble that will burst as soon as other opportunities emerge and will not leave major societal effects on Syrian society."

Hussein al-Sayed, a coin dealer in Idlib, told Al-Monitor, “I was displaced from the northern countryside of Homs, and I live with my family of six in Idlib. I have been collecting coins for nearly a year now. I worked in the field of dressmaking, but the lack of job opportunities made us resort to these applications. The economic living conditions are bad, and we have to make ends meet.”

He added, “I know a lot of people who resorted to these applications in the countryside of Homs before we were displaced to Idlib. The applications have been widely used recently in the north of Syria due to the bad economic conditions and winter months that forced people to spend long hours in their homes. Thanks to these applications, the displaced no longer rely on the monthly food baskets provided by humanitarian organizations as they can provide for themselves and cover the needs of their families."

The Supreme Council for Fatwa, affiliated with Hayat Tahrir al-Sham, which controls Idlib province, issued a statement April 7 prohibiting money being earned from the sale of coins through the apps that have widely spread among the displaced in Idlib and northern Syria.

A Sharia judge in the Supreme Council for Fatwa, who preferred anonymity, told Al-Monitor the reason behind the decision is that “some administrators from the Gulf and Europe usually distribute coins to members of voice chat rooms containing women so that they get to know these women. So most accounts opened with a female name actually belong to men who want to benefit from the Gulf or European administrators sending coins. In other words, such chat rooms encourage a number of immoral prohibitions such as gambling, fraud and trickery. These apps are a fertile environment for sedition, exploitation of women and immoral behavior. They also unavoidably expose users to evils.”

Ahmad Mazhar Sado, a journalist and freelance writer residing in Turkey, told Al-Monitor, “This phenomenon has been observed among residents of northwestern Syria for more than a year now, but it has spread increasingly among young people struggling to find job opportunities amid poor economic conditions. This is why Hayat Tahrir al-Sham is forbidding the use of the money earned from such coins, in what has been deemed as a decision focusing on less serious matters amid the accumulation of major problems and the ongoing oppression, which Syrians reject. Instead of trying to find alternative job opportunities for such applications, Hayat Tahrir al-Sham seems to be settling for the issuance of decisions."