Tehran said the European Union cannot preach human rights and announced a halt in cooperation with the bloc on fighting terrorism and narcotics after the latter sanctioned Iranian commanders over human rights violations. 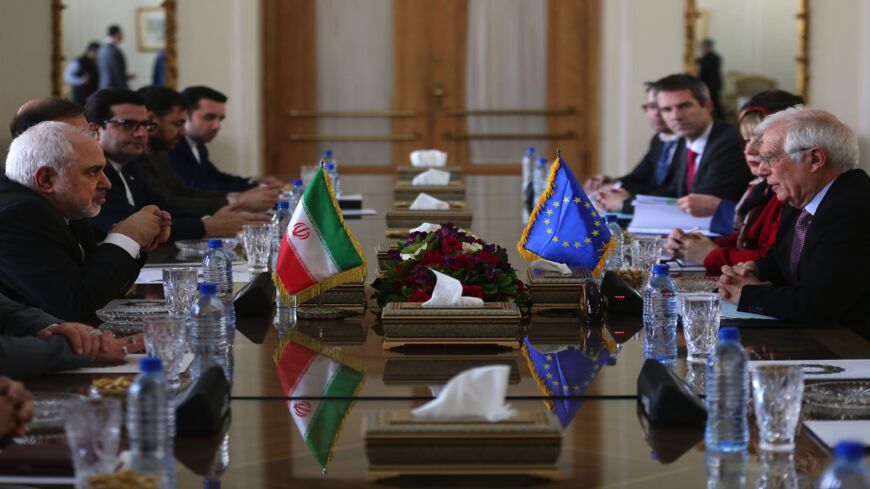 The European Union’s decision to add eight Iranian security officials and three entities to its list of sanctions over human rights violations has drawn strongly worded statements of condemnation from the Islamic Republic.

On April 14, Foreign Minister Mohammad Javad Zarif slammed the move as "shameful" and criticized the European bloc for “giving in to pressure from hard-line groups” in the United States and Israel.

The EU on Monday updated its list of Iranians sanctioned over human rights violations. Among the new eight individuals is Hossein Salami, the powerful chief of the Islamic Revolutionary Guard Corps. Those officials are accused of spearheading the brutal crackdown on anti-government demonstrations sparked by increased fuel prices in November 2019, which according to Amnesty International left over 300 people dead.

Another sanctioned individual is Leyla Vaseghi, the female governor of Shahr-e-Ghods, an impoverished town 32 kilometers west of the capital, Tehran. Days after the unrest was crushed, Vaseghi sparked a massive backlash from the Iranian public by openly stating in a video that she had issued a shoot-to-kill order against anyone who would storm the premises of her office.

The sanctioned entities are three jails run by the Iranian judiciary where serious human rights violations, including torturing to death and sexually abusing November 2019 detainees, have been reported.

The Iranian foreign minister did not address those violations, but he argued that European countries are “in no position to preach human rights” as they are already grappling with “Islamophobia and xenophobia.”

Hours after the EU statement on the new sanctions, Iran was quick to announce a suspension of its “comprehensive cooperation” with the EU in such areas as fighting terrorism and narcotics.

The new EU sanctions impose asset freezes and travel bans on the listed individuals. Iranian officials have in the past attempted, however, to downplay such measures from the United States and the EU as symbolic and pointless, claiming they have no assets abroad to be frozen.

The EU already had 81 Iranians under the same sanctions. But despite multiple international reports, including from UN rapporteur Javaid Rehman, on the status of human rights in Iran, the bloc had since 2013 added no Iranian officials to the blacklist.

During that period, the EU has been increasingly engaged with the Islamic Republic over negotiations toward the Iran nuclear deal, its implementation and, recently, discussions on its revival.

The EU policy not to expand the blacklist over the years has drawn criticism from Iranian civil rights groups. European officials, they argue, have refused to take a tone harsh enough toward Tehran, compromising human rights for the sake of nuclear diplomacy and the subsequent economic benefits produced in better relations with the Islamic Republic.