The protesters in Aden want public salaries to be paid. The area is controlled by the separatist Southern Transitional Council. 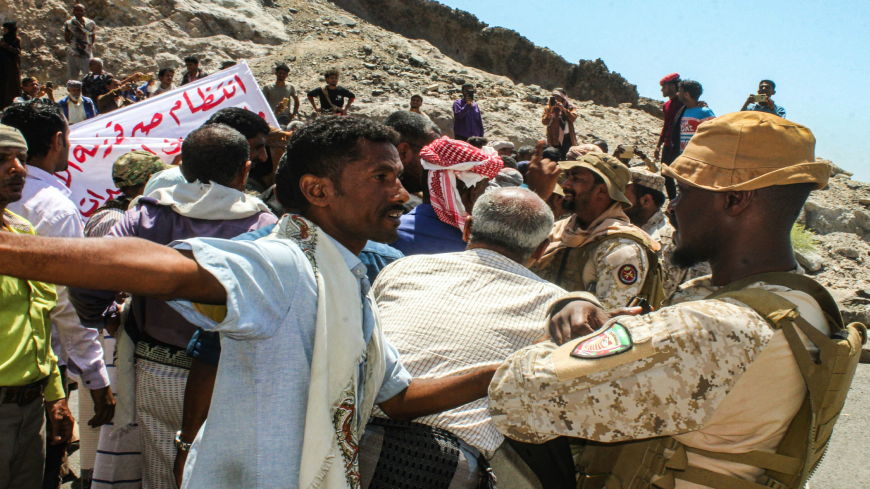 A protester argues with a member of security as demonstrators gather outside the internationally recognized Yemeni government's headquarters at al-Maashiq Palace in the Crater district of the southern port city of Aden on March 16, 2021. - SALEH AL-OBEIDI/AFP via Getty Images

Protesters stormed a government building in southern Yemen on Tuesday to demand payment of their salaries.

Dozens of demonstrators went into a presidential palace in the southern coastal city of Aden. Prime Minister Maeen Abdulmalik Saeed remained in the building during the incident. The protesters wanted payments for government employees, Reuters reported on Tuesday.

The Southern Transitional Council (STC) controls the greater Aden region in southern Yemen. The separatist group, which is supported by the United Arab Emirates, broke away from the Saudi-backed government in 2017. In December, the STC reconciled with the government and entered into a unity Cabinet. For years, Yemen’s Southern Movement has demanded independence for south Yemen. The STC is an offshoot of the movement.

The protest came as the ongoing war in Yemen between the government and Houthi rebels is escalating. Most recently, on Monday, the Iran-backed Houthi forces fired missiles into Saudi Arabia. The Houthis, also known as Ansarallah, control the northwest of the country where much of the current fighting is focused.