The rights organizations allege that the shadowy paramilitary group is behind the 2017 torture and killing of a Syrian military defector. 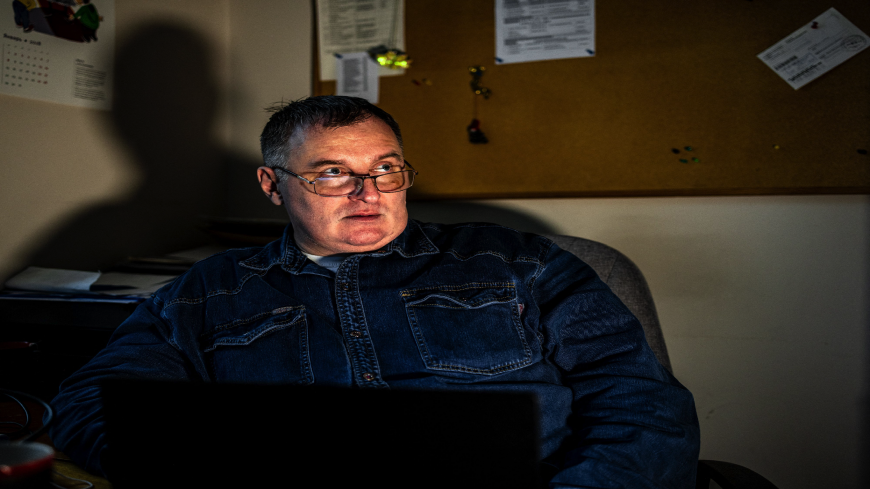 Alexander Cherkasov, chairman of the board of the main Russian human rights NGO Memorial, attends an interview with AFP in Moscow on March 12, 2021. Three NGOs on March 15 announced a landmark legal case in Moscow against Russian mercenary group Wagner over the torture of a detainee in Syria, aiming to hold to account a murky fighting force with Kremlin links. - DIMITAR DILKOFF/AFP via Getty Images

Three advocacy groups have filed a criminal complaint against Russian private military contractor Wagner Group over the torture and death of a detainee in Syria’s civil war.

"This litigation is a first-ever attempt by the family of a Syrian victim to hold Russian suspects accountable for serious crimes committed in Syria," the Paris-based International Federation for Human Rights, the Syrian Center for Media and Freedom of Expression and the Russian group Memorial said in a joint statement on Monday, which noted that Russian law allows the state to investigate crimes committed by Russian citizens abroad.

Originally from Syria's eastern province of Deir ez-Zor, Abdullah had fled to neighboring Lebanon during the civil war, but upon his return to Syria in 2018 he was arrested and forcibly conscripted into the Syrian army. He reportedly defected and was then captured by the Russian paramilitaries.

The NGOs’ legal action comes after open-source investigators identified Wagner Group contractors in gruesome video clips that showed Russian-speaking men torturing and beheading Abdullah before setting fire to his body at the al-Shaer gas plant near the Syrian city of Palmyra.

Mazen Darwish, director-general and founder of the Syrian Center for Media and Freedom of Expression, called on the Russian government to take responsibility for the actions of its paramilitaries in Syria, where Moscow's intervention in 2015 helped turn the tide of the war in President Bashar al-Assad's favor.

“We know that the networks of political and economic relations of such groups are complex," Darwish said. “Nevertheless, it is simply not permissible to regard the blood of Syrians as cheap and think of lost civilian lives as mere collateral damage.”

The Russian government denied any involvement in Abdullah’s killing in Syria, and in general denies using the Wagner Group's mercenaries in Syria, Libya, the Central African Republic and other conflicts.

The Wagner Group case is the latest to seek justice in courts outside of Syria for crimes committed in the war-torn country. Last month, a German court convicted a former Syrian intelligence officer of crimes against humanity and sentenced him to four and a half years in prison.