Riyadh's request could provide an opening for Ankara, which is also seeking to repair ties with Egypt. 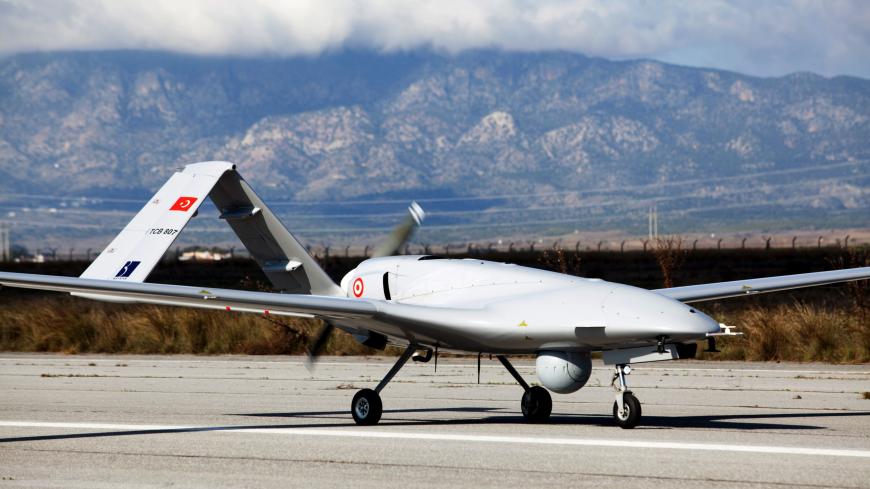 The Turkish-made Bayraktar TB2 drone is pictured on Dec. 16, 2019, at Gecitkale military airbase near Famagusta in the self-proclaimed Turkish Republic of Northern Cyprus. - BIROL BEBEK/AFP via Getty Images

Ankara and Riyadh all but ceased cooperation on regional matters as ties soured following the state-sanctioned murder of dissident Saudi journalist and Washington Post columnist Jamal Khashoggi inside Riyadh’s consulate in Istanbul in 2018.

Those countries have sought mutual defense and economic cooperation in the eastern Mediterranean in response to Ankara’s ambitions regarding hydrocarbon rights there, as well as its involvement in war-torn Libya.

Meanwhile, Arab states such as the United Arab Emirates and Bahrain normalized ties last year with Israel, a country with which Turkey has made little headway in repairing ties. Ankara also recently started talking again with Egypt after years of icy relations following Cairo’s 2013 coup.

Why it matters: As Gulf states look to expand their drone, missile and air defense arsenals amid incessant attacks from Iran-linked groups in the region, Turkey’s game-changing technology could provide Ankara with leverage.

Qatar already uses Turkey’s Bayraktar TB2 armed drones, as do Azerbaijan and Ukraine, and Turkey is looking to sell elsewhere. The unmanned weapons proved devastatingly effective on the battlefields of Libya and Nagorno-Karabakh.

Meanwhile, the Biden administration is holding off on advanced arms sales to Saudi Arabia right now, pumping the brakes on hopes fostered by the Trump administration, which opened Gulf state markets to US armed drone manufacturers.

What’s next: There’s still a long way to go before any Saudi-Turkish rapprochement. The two countries took opposing sides in Egypt’s 2013 coup, Libya’s civil war and the Gulf Cooperation Council’s dispute with Qatar, among other matters.

Yet with the GCC rift and Libya’s war beginning to wane, opportunities for further cooperation may be budding.

Know more: Al-Monitor recaps what may lie ahead for the region if Egypt and Turkey restore their battered relations.