The two countries were at odds over the 2013 coup in Egypt that brought Abdel Fattah al-Sisi to power. 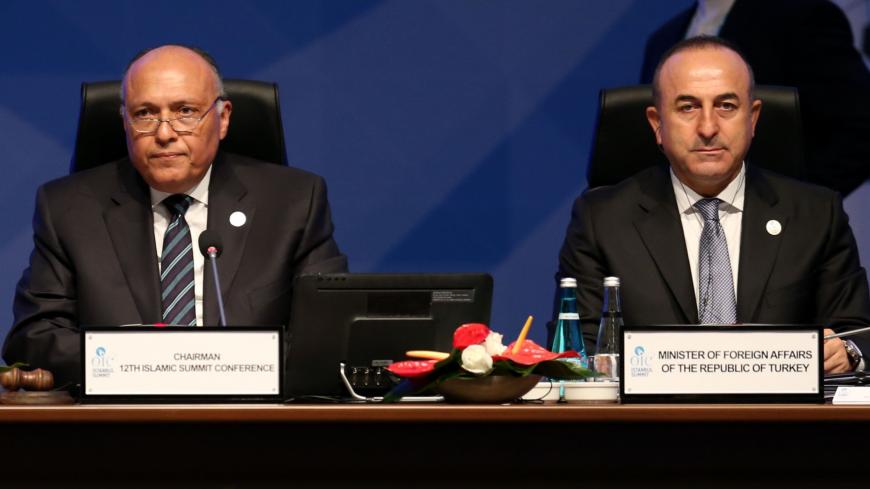 Foreign ministers Sameh Shoukry of Egypt (L) and Mevlut Cavusoglu of Turkey (R) find themselves sitting next to each other at an Organization of Islamic Cooperation summit at the Istanbul Congress Center on April 14, 2016, in Istanbul. Egypt and Turkey, at loggerheads since 2013, are now exploring a rapprochement. - SEBNEM COSKUN/AFP via Getty Images

Turkey and Egypt made their first diplomatic contacts since 2013, the Turkish foreign minister said Thursday.

“We have contacts at both the level of intelligence and foreign ministries with Egypt. Diplomatic-level contacts have started,” Mevlut Cavusoglu told the Turkish state Anadolu Agency.

The diplomat added that the two states are following a “road map” as they resume diplomatic communication and that the talks are happening without preconditions, according to the outlet.

Turkish-Egyptian relations deteriorated in 2013 after a coup removed Egyptian President Mohammed Morsi from power, with current President Abdel Fattah al-Sisi later taking over the post. Morsi, a member of the Muslim Brotherhood, was supported by Turkey.

Turkey and Egypt are on opposite sides of several regional conflicts. In Libya, Egypt backed the eastern-based Libyan National Army in the civil war, while Turkey supported the United Nations-recognized Government of National Accord. In the Gulf, Turkey supported Qatar during the diplomatic crisis, while Egypt was allied with Saudi Arabia.