The think tank also downgraded Jordan to "not free" in its 2021 democracy rankings. 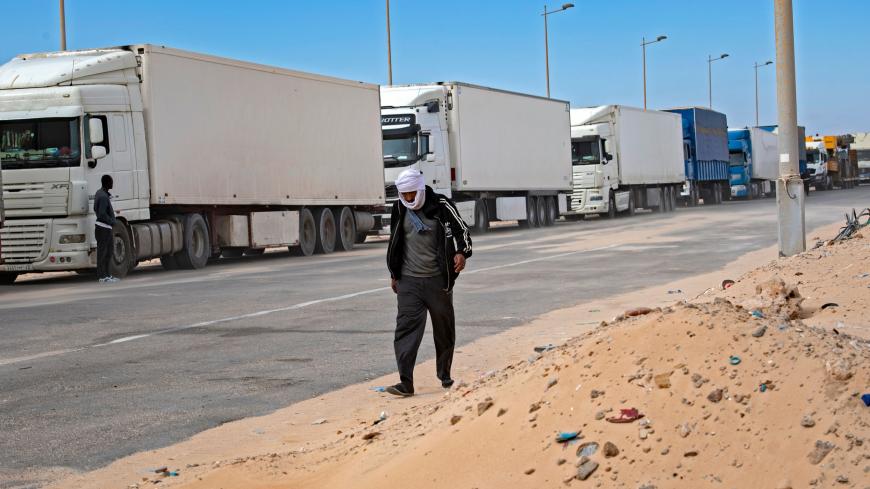 A man walks past trucks near the border in Guerguerat, Western Sahara, on Nov. 26, 2020, after the intervention of the royal Moroccan armed forces in the area. Morocco in early November accused the Polisario Front of blocking the key highway for trade with the rest of Africa, and launched a military operation to reopen it. - FADEL SENNA/AFP via Getty Images

The think tank, which receives the bulk of its funding from the US government, released its findings on the state of democracy around the world Wednesday. Freedom House ranked Syria as the country with the least political rights in the world, followed by Western Sahara.

Syria has been mired in a harrowing civil war since 2011. There have been numerous reports of human rights violations in government, rebel and Kurdish territory. President Bashar al-Assad has been in office since 2000, having succeeded his late father, Hafez.

Western Sahara is considered a non-self-governing territory by the United Nations. It has been controlled by Morocco since 1975. In 2020, the United States recognized Morocco’s claims to sovereignty there. Many people in Western Sahara reject Moroccan rule. The wider region is divided on the issue. Algeria, for example, supports the pro-independence Polisario Front. Saudi Arabia, on the other hand, backs Morocco’s position.

Freedom House considers both state and nonstate actors in formulating its rankings.

Other countries in the region also became less free last year, according to Freedom House. Algeria received a lower score this year due to the government’s “campaign against prodemocracy protesters.” The country is classified as “not free” by Freedom House.

Freedom House also downgraded Jordan from “partly free” to “not free.” Jordan is a constitutional monarchy and key US ally. Freedom House cited the government's crackdown on the teachers union and the poor quality of the country's November elections, which had historically low turnout amid the pandemic, among the reasons for the lower grade.

Freedom House has been criticized by some observers for subjectivity. Russia in particular has spoken out against the think tank’s rankings.