Israel’s first digital bank wants to create a revolution in the banking sectors, much like Spotify revolutionized the music industry and Tesla the vehicle market. 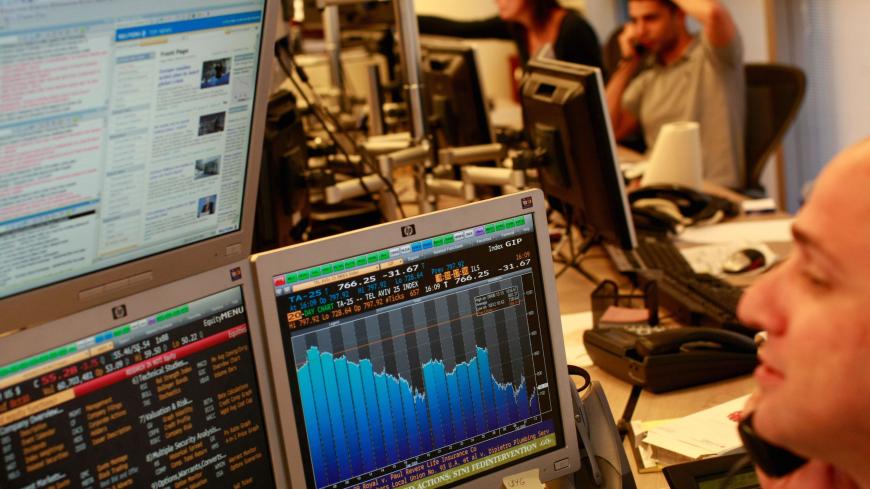 A trader looks at his monitors as he works in a dealing room in Tel Aviv, Israel, Oct. 12, 2008. - Uriel Sinai/Getty Images

In a new Israeli television sitcom, "Honey spot-on in the middle," an actress playing a Knesset member presents a bill that would require every bank customer to take a financial management course to know how to manage their money. The first digital bank established in Israel seeks to make this need redundant by thinking for its customers and managing their accounts by means of artificial intelligence.

The founder of the digital bank is the billionaire Marius Nacht, who made his fortune in shares and stock options that he holds in the Israeli technology giant Check Point. Later, Nacht took as his partner professor Amnon Shashua, of the Hebrew University, who is one of the founders of the autonomous vehicle company Mobileye, which developed a safety camera for cars, and was sold to Intel for more than $15 billion.

In 2019, the Bank of Israel granted the digital bank a banking license. In May 2020, Nacht surprised the market and announced that he will leave the bank, and all his commitments and holdings were transferred to Shashua, who had invested $60 million in the bank until then. Today, the bank employs 140 people.

The First Digital Bank is regulated by the Bank of Israel just like all other banks, and will offer all the services offered by traditional banks. It will offer the banking services that exist today in the banking system, including an individual banking account, loans, certificates of deposit, credit cards, securities, guarantees, standing orders and foreign currency. In the future it will also be possible to take out a mortgage from the digital bank, for which it will need a separate license.

The bank signed an agreement to issue and manage its credit cards with the Isracart Group last May, and in December became a member of the stock exchange, and will offer a platform to trade stocks in the Tel Aviv and in American stock exchanges.

As part of its launch, it opened a limited enrollment for several hundred customers, among them bank employees and their families, for a pilot that will be expanded in the course of the year, and will open to the general public by the end of 2021.

A statement of the bank CEO, Gal Bar Dea said, “Netflix killed Blockbuster, Spotify disrupted the music industry and Tesla has left Ford and Mitsubishi behind. The banking sector is one of the few sectors that have not undergone a revolution. We will offer innovative and fair banking that will leave people free of worries about money. We have no intention of profiting from the lack of knowledge of our customers and we will do everything so that they will not be in overdraft and will understand exactly for what they are paying.”

Still, realizing these aspirations isn’t easy at all.

Roy Katzir, the bank’s chief marketing, sales and business development officer, told Al-Monitor that this is actually an advanced high-tech company that received a license to bank, and that the bank will use the most advanced technologies to benefit its clients, with great savings enabled by the fact that it will not have the expenses of maintaining physical branches and additional expenses like outdated computer systems and the expensive operations system of the traditional banks.

According to Katzir, artificial intelligence will be used to personalize financial policies for each client according to their income, needs and even personality. The bank will compose investment portfolios for clients, and will personalize savings, deposits or loans, and in the future, mortgages.

Shuki Oren, chairman of the company, is quoted in a press release as saying, “Our DNA is that of a high-tech company, the connection between the different parts, departments and employees is continuous and transparent, and such is our activity for clients, and this is our advantage over the traditional banks.”

But the competition for Israel’s digital bank will be tough. Bank Leumi has developed a digital platform called Pepper, which has become popular among younger clients. Bank Hapoalim is now working to establish its own digital bank based on the payment application Bit, which it owns. Bank Discount is doing the same by means of the payment app PayBox. For the digital bank to succeed in winning the public’s trust, recruiting new clients, and acting as true competition for the existing traditional banks, it will have to offer unique platforms and solutions that have not existed until now in the banking sector.

Experience worldwide has not been very encouraging, since in recent years no digital bank — such as the British Atom and Monzo, and the German N26 — has shaken the market substantially. An important reason for this is that the banking sector is quite complicated, and especially, more regulated than other sectors. The strict requirements of regulators limit the ability and possibility of offering market-changing prices for service charges and account management fees, especially discounts on interest for loans, and savings tracks with more attractive interest rates.

The advantage of a digital bank is in its slimmer expense structure compared to traditional banks, since it doesn’t have branches and employs fewer workers. However, technological infrastructure carries significant expenses, and the employees of the digital bank come from the tech sector, where salaries are relatively high.

However, in the area of the capital market there is a good chance of success, since the bank could offer significantly lower service fees than those offered by traditional banks for buying and selling stocks and managing portfolios, an area in which the veteran commercial banks charge fees with a high profit margin.

The Israeli digital bank emphasizes that its main novelty is in the area of technology, artificial intelligence and innovation. This is exactly what global technology giants like Google and Apple have been doing, in looking at possibilities of entering financial services while using the most advanced technologies. Traditional banks claim that there is no real demand for products for managing budgets and expenses, which they offer, but the digital bank argues that it offers something new and more innovative.

In any case, the Israeli banking system is undergoing significant changes: A credit databank, created two years ago, enables players outside the banking system to compete for clients; the open banking reform allows fintech companies access to bank databases; the digital wallets are expected to bring Apple and Google to the local financial market; and now the digital bank. These changes, we can at least hope, will bring real competition to the Israeli banking sector, which has been controlled for decades by the same three big banks, with no real competition. 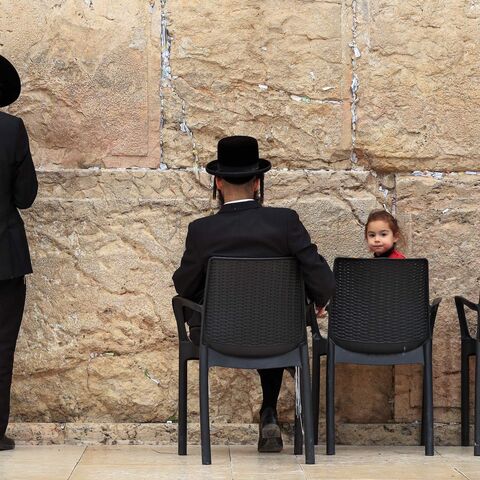