The meeting follows the hosting of a Taliban delegation by Iran earlier this year. Iran is critical of the US military presence in Afghanistan, and the Biden administration has not committed to the May deadline to remove American troops from the country. 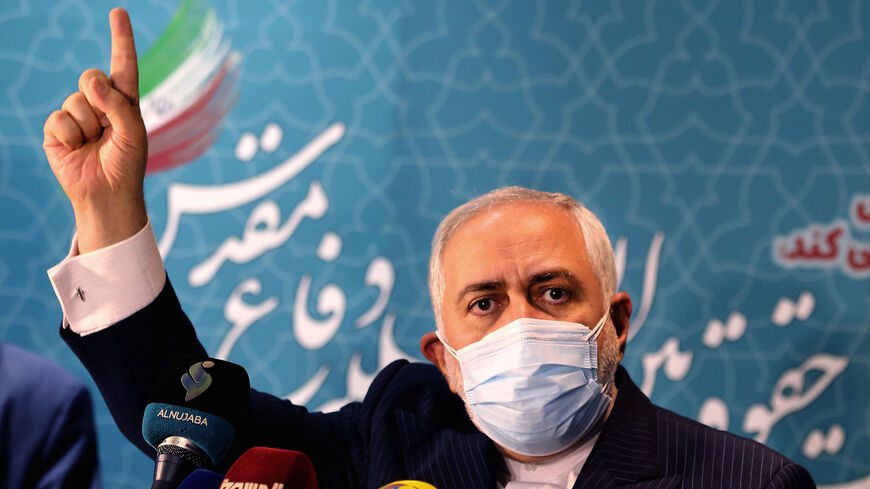 Iranian Foreign Minister Mohammad Javad Zarif speaks during a press conference at the International Conference on the Legal-International Claims of the Holy Defense in the capital, Tehran, on Feb. 23, 2021. - ATTA KENARE/AFP via Getty Images

The top Iranian diplomat met the Afghan president at a conference in Tajikistan. The two expressed a desire to improve bilateral relations and also discussed the peace process in Afghanistan. They spoke about efforts to combat human trafficking from Iran into Afghanistan and the legal status of Afghans in Iran, the Iranian state Fars News Agency reported on Wednesday.

The meeting comes at a time of continued uncertainty in Afghanistan. The country has not been at peace since the US-led invasion in 2001 that toppled the Islamist Taliban government. The post-invasion Afghani government, backed by the United States and NATO, has been fighting the Taliban since then. Peace talks in Qatar between the two parties have stalled. Last week, US President Joe Biden said it is “going to be hard” to meet the May deadline to withdraw from the country.

Afghanistan is an important foreign policy issue for Iran. In recent years, the Islamic Republic has opposed the US presence in Afghanistan but has also remained weary of instability and violence spreading in its eastern neighbor. The US troop presence in the country means Iran has to contend with a potential enemy military force on both of its borders — the other being the American military in Iraq.

Iran has relations with both the Taliban and the Afghan government. In January, the Iranian government hosted a Taliban delegation. Both Iranian and Taliban officials criticized the US military presence in Afghanistan during the meeting. Iran also controls the Fatemiyoun Brigade militia of Afghan refugees that fights in Syria.