Iran says it has begun the first phase of production for a domestic coronavirus vaccine. 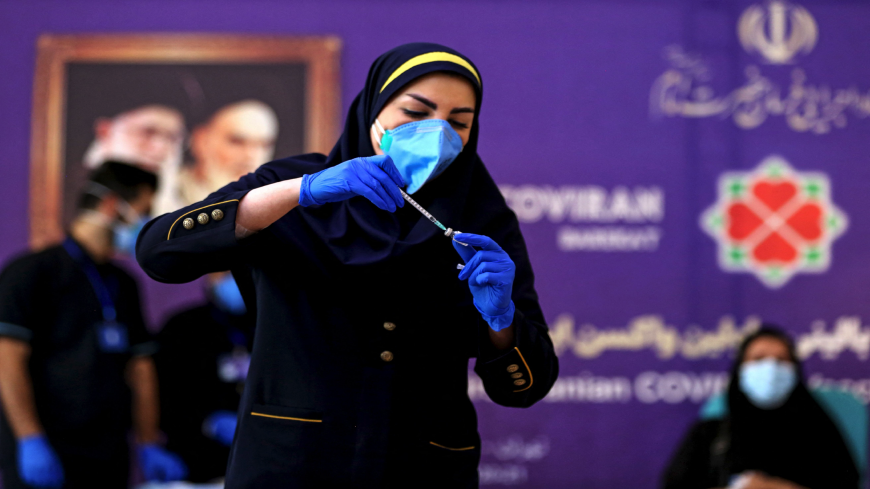 An Iranian health worker prepares an injection of the locally made COVID-19 vaccine during the start of the second phase of trials in the capital, Tehran, on March 15, 2021. - ATTA KENARE/AFP via Getty Images

Iran was one of the first countries to be hit at the outbreak of the coronavirus pandemic last year and has one of the higher death tolls in the world. As the country grappled with crippling US sanctions, it struggled to contain the virus by using intermittent lockdowns and other short-term actions to slow the spread. Officials now say they will begin producing a domestic vaccine and will become the largest producer of a conronavrus vaccine in the region.

Mohammad Mokhber, head of the Execution of Imam Khomeini’s Order, otherwise known as the Executive Headquarters of Imam’s Directive, or Setad, said they are in the second and third phases of human testing for the domestic Iranian vaccine, which is called COV Iran Barkat. He did not specify if the second and third phases are being conducted concurrently.

Mokhber said the first phase of testing was conducted on 56 individuals and was 100% effective. The second and third phases began today with testing on 300 and 20,000 individuals, respectively. He also said Iran has started the first phase of production for their vaccine, with the goal of producing 3 million doses. By the time the second phase of testing is completed in the middle of spring, the factory will be producing 12 to 15 million doses of the vaccine a month. According to Mokhber, they will focus on domestic vaccinations for all Iranians before they begin exporting.

Iran’s official coronavirus death toll is over 60,000. However, Health Ministry officials have said the likely number could be twice as high as this. Iran has experimented with lockdowns, social distancing measures, and health safety protocols at the workplace and public transportation in order to slow the spread of the virus. Today's daily death toll reached triple digits once again.

While Iran continues to struggle with the pandemic, many eyes are on the current stalemate between Iran and the United States with respect to the nuclear deal crisis. President Joe Biden vowed during the election to reenter the Joint Comprehensive Plan of Action (JCPOA), known as the nuclear deal, which his predecessor exited. Iran is seeking the sanction removal that would accompany a US reentry into the deal between Iran and five permanent members of the United Nations Security Council plus Germany. However, as the United States exited the deal, Iran gradually took steps away from full compliance, citing Article 36 of the JCPOA text as giving them permission to take these measures while remaining technically in the deal.

The Biden administration has called for a meeting between the two sides before a US reentry, which Iran has rejected as a demand for an additional negotiation on top of the JCPOA. The latest Iranian official to speak up on the stand-off is Secretary of the Supreme National Security Council Ali Shamkhani. During an extensive interview with the ISNA, Shamkhani said the United States can take the first step and show its good intentions by removing sanctions. However, in his view, “The US has not yet reached a firm decision to change its previous direction and act on its legal commitments.”