Britain, France and Germany decided not to move forward with a plan to censure Iran during the UN nuclear watchdog agency's quarterly meeting. 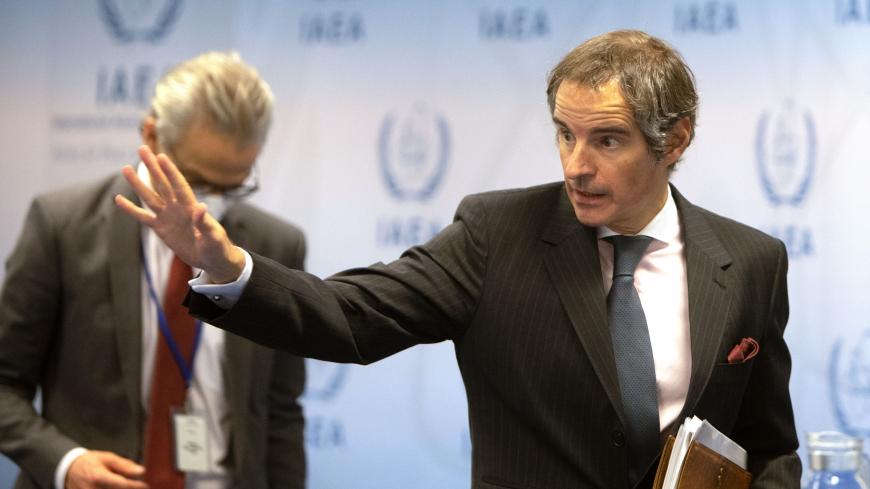 The United States hopes for “credible, concrete progress” after the nuclear deal’s European signatories backed down from censuring Iran, and Tehran agreed to meet with technical experts over the discovery of uranium particles at its undeclared nuclear sites.

During a meeting of the 35-member Board of Governors of the International Atomic Energy Agency (IAEA)  in Vienna, Britain, France and Germany on Thursday abandoned a planned resolution that would have condemned Tehran’s lack of cooperation with the IAEA, including Iran's preventing inspectors from making short-notice visits to its nuclear facilities.

Last week, Reuters obtained a US position paper submitted to IAEA members that urged the agency’s board to “call on Iran to reverse its breaches of the deal and cooperate with the IAEA to explain how uranium particles were found at old, undeclared sites.”

“The E3 decided with the full support of the United States that the best way to support the IAEA’s process was to refrain from putting forward the draft resolution,” State Department spokesman Ned Price said Wednesday, adding that the United States is “pleased” with the outcome of the meeting.

"We will look forward with strong interest for Iran's willingness to engage in a way that leads to credible, concrete progress," Price said.

IAEA chief Rafael Grossi told a news conference in Vienna on Thursday that experts from his watchdog agency will now hold a "technical" dialogue with Iran at the beginning of April, with the hopes of having “a far more clear understanding of this issue by the summer or before.”

The developments come as the United States and Iran are at odds over who should make the first move to restart diplomacy over the nuclear agreement, known as the Joint Comprehensive Plan of Action, which President Donald Trump withdrew from in 2018. Tehran insists that it will only roll back its breaches of the nuclear agreement after Washington lifts sanctions — a nonstarter, the Biden administration says.

Last month, the United States said it was willing to attend an informal meeting of the deal’s original signatories to discuss a path forward on the nuclear issue. Iran hasn’t committed to attending, and on Thursday, President Hassan Rouhani accused European powers at the IAEA of playing “political games.”

But Price told reporters, “We have stated very clearly that what we are prepared to do is to engage in constructive dialogue. That is the offer that's been on the table."