A report from the Bahrain Institute for Rights and Democracy and Human Rights Watch accused police in Bahrain of rounding up and mistreating children as young as 11. 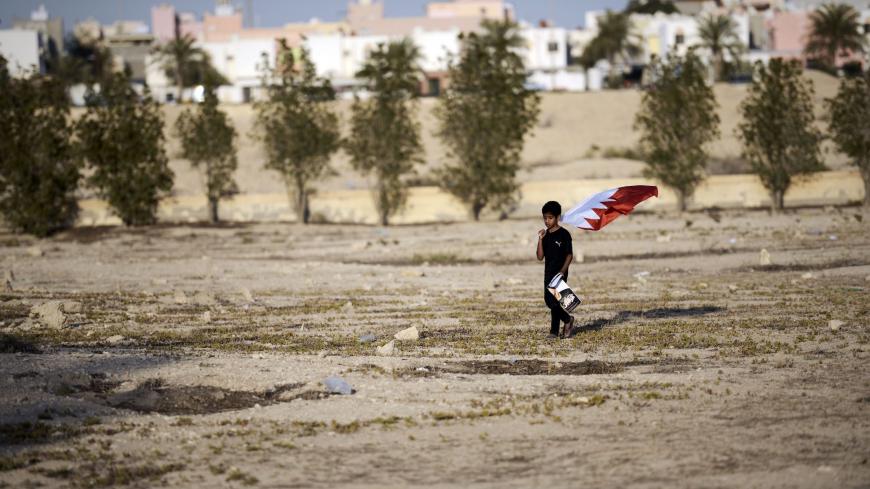 A Bahraini boy carries his national flag during the funeral of Ali Abdulghani, 17, whose family says died of injuries suffered in a police chase, in the Shiite village of Shahrakkan, south of Manama on April 5, 2016. - MOHAMMED AL-SHAIKH/AFP via Getty Images

Police in Bahrain have beaten children detained in protest-related cases last month and threatened them with rape and electric shocks, the Bahrain Institute for Rights and Democracy (BIRD) and Human Rights Watch (HRW) said in a joint report that accused prosecutors and judges of enabling the abuse.

Family members and a local rights advocate said police rounded up at least 13 children aged 11-17 in early to mid-February, some for reportedly burning tires or blocking roads.

The report highlighted one incident where police beat five children and threatened them with electric shocks from a car battery. In one instance, an officer struck a 13-year-old on the head and threatened him with rape, according to the report.

“A police officer who threatens a 13-year-old with rape or electric shocks from a car battery is an abominable stain on Bahrain’s reputation,” said Sayed Ahmed AlWadaei, advocacy director at BIRD. “Bahraini police officers treated children as enemies who must be terrorized into confessing, while prosecutors and judges shut parents and lawyers out of proceedings.”

A government spokesperson declined to respond to the specifics of the report but told Reuters that Bahrain takes human rights “extremely seriously” and has a “zero tolerance policy” on abuse in the justice system.

Based on the timing of the arrests, the report suggests Bahraini authorities may have been trying to “snuff out dissent and dissuade protesters from assembling to mark the anniversary” of the country’s Arab Spring protests. In February 2011, an estimated 100,000 people — a fifth of the population — took to the streets to protest the government. Since quashing the Shiite-led protests a decade ago, the Sunni-dominated government in Bahrain has been roundly condemned by rights groups who accuse it of suppressing dissent.

Reports of child abuse in Bahrain are not new. The UN Committee on the Rights of the Child concluded in 2019 that children in the Persian Gulf country were subject to arbitrary detention, ill-treatment and torture.

Four of the children arrested last month are reportedly still detained, including a 16-year-old with serious medical concerns. HRW and BIRD called on Bahrain to release the children and drop the charges against them before they are tried as adults.

“These abuses by Bahrain’s criminal justice system are the latest entry in a long record of harming children to send a repressive message,” Bill Van Esveld, HRW’s associate children’s rights director, said in a statement. “The UK, US and other governments should ensure that their security support to Bahrain is not being used to torture and humiliate kids."