At least one killed in Baghdad explosion

The grenade attack targeted a group of people commemorating a late imam who is revered by Shiite Muslims; the attack follows an Islamic State attack in the Iraqi capital in January. 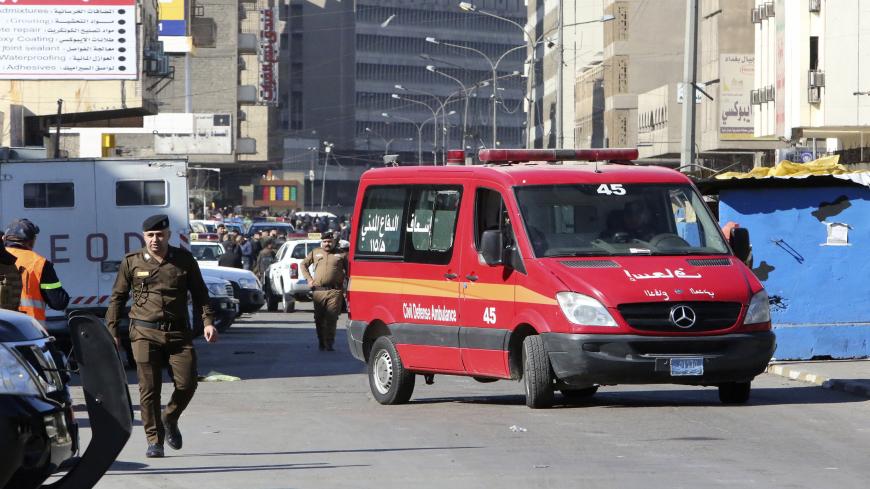 A twin suicide bombing took place on a bustling commercial street in the heart of Baghdad, Iraq, Jan. 21, 2021. - Sabah Arar/AFP via Getty Images

An explosion in the Iraqi capital Baghdad left one dead and several people injured on Monday.

A hand grenade exploded at a garbage dump near Al-Aimmah bridge, the prime minister office’s security media division said in a series of tweets. One woman died and eight people were injured and transported to the hospital. Three of the injured required emergency surgery, according to the division.

The bombing targeted a group of visitors to the area who were commemorating the life of the eighth century Imam Musa al-Kadhim, the state-owned Iraqi Media Network reported. Shiite Muslims remember Kadhim’s life every year.

No group immediately claimed credit for the attack and the government did not offer further details. The Islamic State (IS) carried out a bombing in Baghdad in January that left 32 people dead. IS no longer holds territory in Iraq, but continues to operate throughout the country.