Timur Goksel, a former UN diplomat and editor of Al-Monitor’s Turkey Pulse, was best known for his unique contributions to the UN peacekeeping mission in Lebanon. 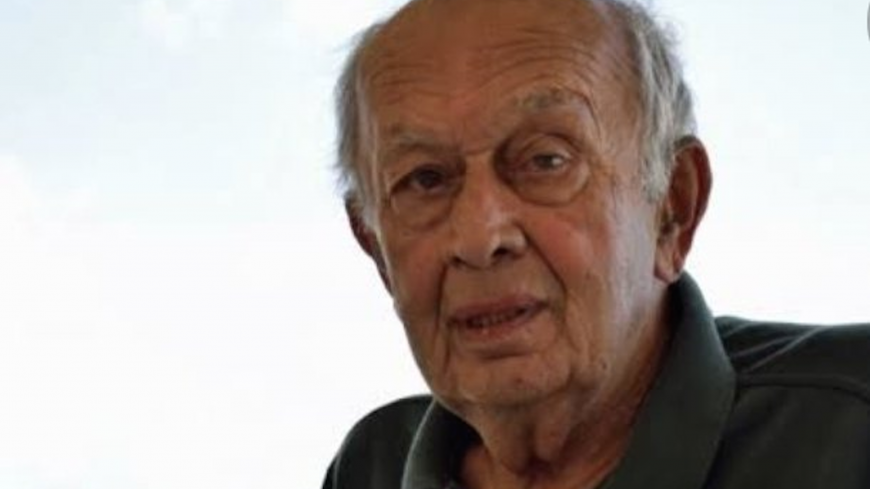 When Timur Goksel worked with the UN Interim Force in Lebanon in 1999, his ability to contact leaders on opposing sides caused him to be described by journalist Robert Fisk as “perhaps the most powerful man in southern Lebanon.” - TWITTER

Timur Goksel, a former UN diplomat who won accolades for his peace-making role at the height of tensions between Israel and Hezbollah in the 1990s, and was founding editor of Al-Monitor’s Turkey Pulse, died early Wednesday. He was 77.

Goksel, a Turkish national, succumbed to COVID-19 in a hospital in his beloved Beirut, where he had lived since his retirement from the UN Interim Force in Lebanon (UNIFIL) in 2003. He is survived by his wife, Nilgun, daughter, Zeynep, and son, Emir.

At Al-Monitor, where he led Turkey coverage for eight years — growing it into one of the most widely read sources of Turkish news — Goksel will be remembered as a kindhearted, tireless and strictly principled editor.

He brought to his work a unique understanding of the Middle East and of Turkey, based on his experience as a diplomat who mastered the art of diplomacy as a respected and honest broker.

“Timur went out of his way to help the seemingly endless number of Turkish journalists who had lost their jobs under government pressure by making room for them at Al-Monitor,” senior correspondent Amberin Zaman said. “But he maintained the highest of professional standards. He helped run a news organization, not a charity, he would have you know.”

Columnist Semih Idiz concurred, saying he was grateful to Goksel for inviting him to write for Al-Monitor in 2012 “at a time when the Turkish media was starting to become claustrophobic.”

“His loss will be dearly felt by his friends,” Idiz said.

Zaman added, “More than three decades after leaving Turkey, his passion for his country was unmistakable. Yet Timur remained coolly objective, a professional editor to boot.”

Kadri Gursel, another columnist from Turkey, said, “I always felt in safe hands. He was an understanding, responsible, highly qualified and fair editor and, above all, he was a good man.”

Pinar Tremblay said she would remember Goksel as “a kind mentor” and “a generous person who loved life with a passion.” Goksel was often accompanied by his beloved dog. "I will always remember how he doted on Wahshi, an amazing pup,” Tremblay said.

Marita Kassis, the managing editor of Al-Monitor's Beirut office who worked with Goksel in Lebanon, described him as “a Lebanese at heart.”

And Turkish columnist Cengiz Candar said, “Beirut was our shared love, which brought us even closer. He was the first person I could think of after the Beirut explosion in August 2020. He was the first one I called. I felt like if Beirut vanishes Timur would vanish as well.”

Recalling Goksel’s exceptional career with the UN, columnist Fehim Tastekin said, “Getting along with the Israelis and winning the confidence of the Lebanese resistance forces at the same time was something tough. He managed to do it.”

“Timur was legendary in Lebanon and beyond for his breadth of experience and passion for the region, but always made time to counsel anyone seeking his advice and provide direction and honest feedback to writers,” Huffman said. “He was very popular and admired among his students at the American University of Beirut, where he taught courses on conflict management and other topics."

Goksel spent most of his 35-year career with the UN at UNIFIL, first as a spokesman and then as a senior adviser. Yet his influence on the ground went beyond what his titles might suggest. Back in 1996, British journalist Michael Bywater wrote, “Choking on hatred and confusion as old as the grave, no one in that deadly buffer of stony soil between Israel and Lebanon trusted anyone else," but Goksel "ran a bullshit-free zone.”

The late British journalist Robert Fisk described Goksel in a 1999 profile as “perhaps the most powerful man in southern Lebanon,” before adding, “He is certainly the only man who can lift his phone and within five minutes call Gaby Eskenazi [Gabi Ashkenazi], the Israeli northern front commander, and Sayed Hassan Nasrallah, chairman of the Hezbollah.”

In an internal memo before his retirement from the UN in 2003, Goksel wrote, “Seven close calls including roadside bombs, a couple of suicide attacks and five too-damned-close firings including two with 120mm mortars on my office building, it is time. It has been one long roller-coaster ride, at times hair-raising but definitely memorable.”

Goksel remained a recognizable and respected figure in Lebanon long after he left his UN post. “He was not just a media personality, Timur was very much part of the Lebanese social fabric. He gave a lot to the city and the city loved him for it. From students to shop owners, he was recognized and loved for his sincerity,” Kassis said.

“His aim was always to inform and communicate clearly — always ready and open to all. He was a breath of fresh air when it came to political realism. … His views shaped the modern understanding of young journalists in classrooms and events,” she added.