The Dimona facility appears to be undergoing its largest construction in decades, but it's not clear why. 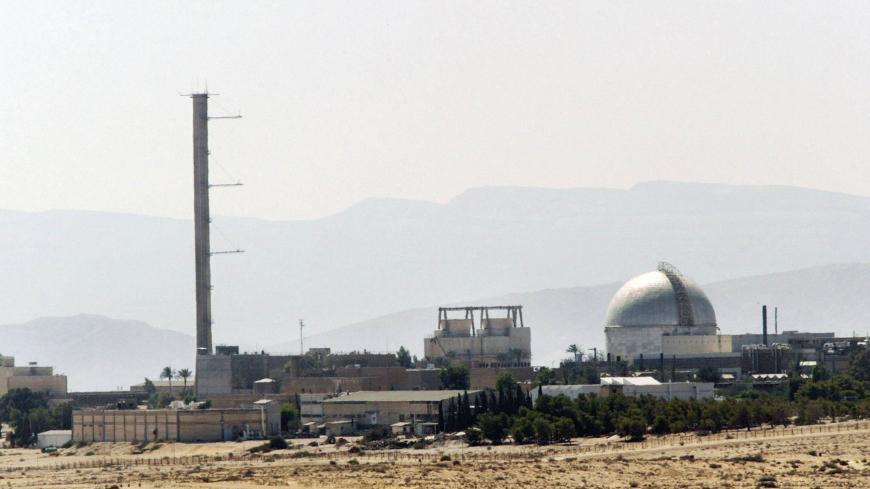 A picture dated on Sept. 8, 2002, shows a partial view of the Dimona nuclear power plant in the southern Israeli Negev Desert. - THOMAS COEX/AFP via Getty Images

The country is believed to possess about 90 nuclear warheads, according to the non-profit Arms Control Association, though that number may be higher. Along with Pakistan, South Sudan and India, Israel is not signatory to the Non-Proliferation Treaty.

The purpose of the renewed work at Dimona is not yet clear, but it comes at a time when Iran continues to incrementally expand its nuclear enrichment capabilities in violation of the 2015 nuclear agreement.

The dig appears to be some 150 meters long, 60 meters wide and potentially several stories deep. Just over a mile away, what appears to be a new storage site for spent nuclear waste appears to be under construction.

Work appears to have begun in 2019, according to some images reviewed by AP, and could be part of efforts to maintain its capabilities amid speculation that the ageing Dimona reactor could be approaching the twilight of its life. The new site could also potentially be used to produce additional plutonium, AP reported.

Iran, too, has recently expanded construction at its Ferdow nuclear facility, adding additional centrifuges to enrich uranium to levels well beyond those permitted by the 2015 agreement.

The government of Israeli Prime Minister Benjamin Netanyahu has openly opposed the current US administration’s stated plans to re-enter the Iran nuclear deal, arguing it is too flawed to prevent Iran from achieving a bomb in just a few years.

Late last year, the man believed to be Iran’s top nuclear scientist was assassinated in an ambush outside Tehran. Iranian leaders have blamed Israel for the killing and vowed to retaliate.

Iranian leaders have occasionally cited Israel’s secret nuclear weapons program as a justification for obtaining their own. Leaders of the Islamic Republic have insisted nuclear weapons are religiously forbidden in Shia Islam but said they may pursue them if "cornered."