Tehran says it made a "humanitarian decision" to release the sailors aboard a Korean ship it seized in the Persian Gulf, though the Hankuk Chemi will remain in Iran as an investigation and talks over oil funds withheld by Seoul continue. 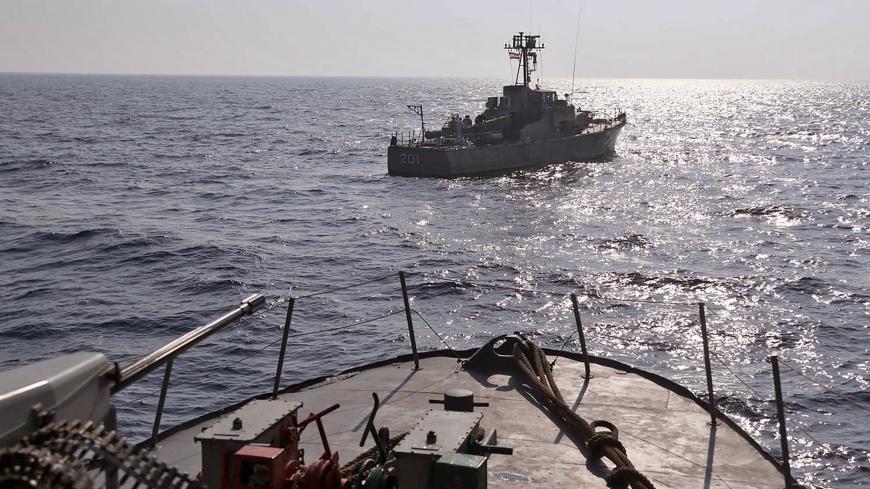 A handout picture provided by the Iranian army's website on Sept. 10, 2020, shows an Iranian navy warship during the second day of a military exercise in the Gulf, near the strategic strait of Hormuz in southern Iran.

The Iranian government has given the crew of a seized South Korean ship permission to leave the country.

“Following the South Korean government’s request and the assistance of the judiciary within the framework of judicial regulations, the crew of the Korean ship, which was seized on charges of causing environmental pollution in the Persian Gulf, have received permission to leave the country in a humanitarian move by the Islamic Republic of Iran,” the state-run Fars News Agency quoted him as saying on Tuesday.

The Iranian military seized the South Korea-flagged Hankuk Chemi on Jan. 4 in the Persian Gulf. The Islamic Revolutionary Guard Corps said it seized the ship because it ignored warnings regarding environmental pollution.

The seizure may have been related to frozen Iranian assets in South Korea, though. South Korea was until recently a major importer of Iran's oil. In May of last year, Seoul stopped purchasing Iranian oil amid pressure from the US government. South Korea is now illegally holding $7 billion in Iranian oil revenues, according to the Iranian government. The previous US administration made significant efforts to pressure countries to stop doing business with the Iranian government.

Iranian media reports referencing the oil funds in relation to the seizure fueled speculation that Iran seized the ship to pressure South Korea into releasing the money. An Iranian government spokesman also called South Korea a “hostage-taker” over the frozen assets following the seizure.

The Hankuk Chemi will remain in Iran. Khatibzadeh said that a judicial investigation of the ship is continuing, calling it a “trespass case.” He also acknowledged the Iranian Foreign Ministry has discussed the oil funds with South Korean counterparts, according to Fars News.