US may help keep GCC reconciliation on track

It is unclear how firm or shaky the ground is for Gulf Cooperation Council nations' reconciliation with Qatar, but they may be on more or less good behavior to start off as well as possible with the Biden administration. 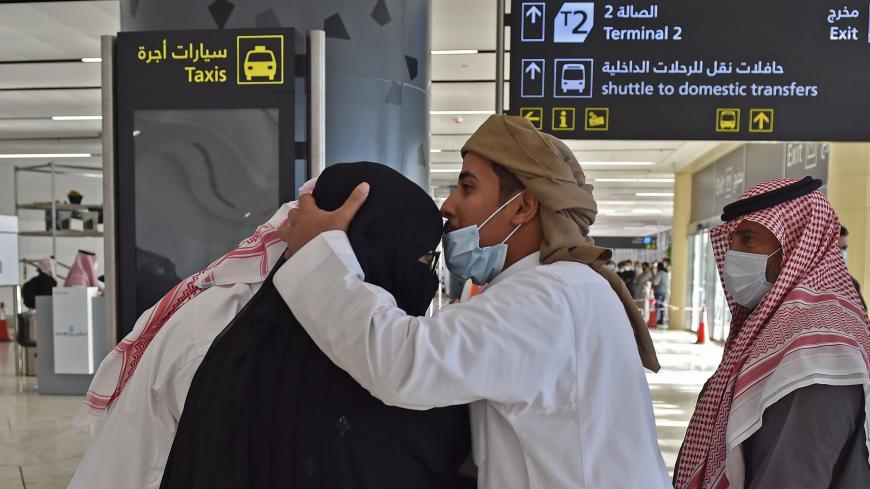 A man hugs his sister who arrived at King Khalid International Airport in the Saudi capital, Riyadh, on the first commercial flight in years from Qatar, on Jan. 11, 2021. Following a Gulf diplomatic thaw, air travel between Qatar and Saudi Arabia has been resumed. Some wonder whether the rapprochement will last. - FAYEZ NURELDINE/AFP via Getty Images 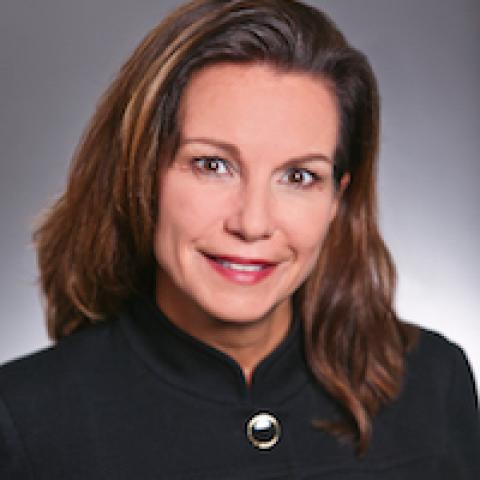 On Jan. 5 the Gulf Cooperation Council (GCC) signed a "solidarity and stability" agreement during the annual GCC summit in Saudi Arabia. In short order, the GCC member states that had taken part in the blockade of Qatar took several important steps to implement the new agreement, inspiring confidence that the arrangement would resolve the dispute. Saudi Arabia lead the way, with Bahrain, the United Arab Emirates and Egypt lifting their three-year illegal boycott of Qatar in exchange for Doha agreeing to freeze legal actions against them. But there still is a very long way to go.

While official details of the agreement have not been released, it appears the quartet may have dropped or at least suspended for now its initial 13 demands that included Qatar having to shut down Al Jazeera, end its relations with Iran, close Turkey’s military base in Doha and end its military cooperation with Ankara. These early steps seem promising, but only time will tell if the bargain reflects a possible true reconciliation that settles long-standing disagreements among these GCC states — or if the agreement is simply a face-saving measure allowing all parties to return to the occasionally tense state of affairs prior to the embargo and the threat of an invasion of Qatar.

Relations between Qatar and the sponsor of the new agreement, Saudi Arabia, appear to be recovering fastest. Indeed, rumors of shared economic and financial interests may spur the two countries to new forms of cooperation. The ties between Qatar and the UAE and Egypt, however, will likely take longer to improve. Due to long-standing mistrust and disagreements, particularly as relates to Qatar’s support to the Muslim Brotherhood, relations with both the UAE and Egypt can be fairly characterized by wariness and skepticism.

Arguably the biggest obstacle to Gulf reconciliation — to the extent the countries were ever united in the past on core foreign policy objectives — is Qatar’s unwillingness to compromise on its relations with Tehran and Ankara. Only one day after the deal was signed, Qatari Foreign Minister Sheikh Mohammed bin Abdulrahman Al Thani reminded observers that Qatar’s bilateral relations will remain its own sovereign decision. He later urged Gulf nations to enter into a dialogue with Iran and offered to broker negotiations between the GCC and Tehran. Unsurprisingly, Qatar’s bilateral relations and economic ties with both Turkey and Iran improved after the blockade was imposed. One reason for the increased contacts with Iran was because Qatar was forced to fly through Iranian airspace after Qatar's other neighbors had blocked use of theirs; this essentially forced Qatar to negotiate with Iran over Qatar's right to fly from its own airports.

It’s unlikely Doha will abandon those who stood by it in exchange for an uncertain reconciliation with its GCC neighbors. Moreover, given the Biden administration’s publicly declared interest in returning to some sort of agreement with Iran on its nuclear weapons development, if not its missile programs and regional aggression, one might conclude that Qatar could be positioning itself to play an intermediary role in US-Iran negotiations in the coming months. Such a role would certainly be viewed by some as not entirely inconsistent with the Saudi crown prince’s desire that the recent accord reflect unity among the parties in countering Iran as a regional threat; others, however, will view Doha’s involvement as confirmation that Qatar remains too close to the Iranian ruling regime.

Sadly, tensions between Doha and Manama have increased since the initial enthusiasm after the agreement was signed, largely over claims that Bahraini sailors and jets have violated Qatari territory. Two weeks after reconciliation, Manama confiscated properties in Bahrain belonging to a Qatari royal. Bahraini Foreign Minister Abdullatif bin Rashid al-Zayani said Jan. 21 that since signing the agreement in Al Ula, Qatari authorities have shown no interest in resolving outstanding issues with Bahrain or other Gulf states.

As for the United States, recent Defense Department statements appear to indicate that at least one element of the military is taking another look at where the United States keeps its Gulf region forces, although it’s doubtful that Pentagon policymakers or Congress are keen to put all the US military assets in one basket or spend the billions required to relocate. Clarifications were quickly issued that articles about possible military expansion in the kingdom reflected preliminary discussions that were exploratory only. Still, the Saudis are much better at playing chess in terms of vying for military attention.

Without knowing the actual terms of the agreement and the expectations of each party, it's difficult to say whether the accord reconciling the Gulf rift will be successful, but the disagreements that already have emerged are concerning. As the United States moves to focus on great power competition and a second attempt at an agreement that would stifle Iran’s hegemonic aspirations, unity among our allies in the Middle East on core security issues is critical to stability in the region and securing US national security interests there. There are plenty of ideological and foreign policy issues to grapple with, but it is still possible that the GCC will uphold the agreement — if only to start off on the right foot with the new US administration — while each of the parties freely conducts its own foreign policies. The trick will be ensuring that disagreements do not bubble over into another rupture and adversaries don’t gain ground by exploiting the fissures.