The Abu Dhabi-based airline was the first in the world to vaccinate all of its pilots and cabin crew against the coronavirus. 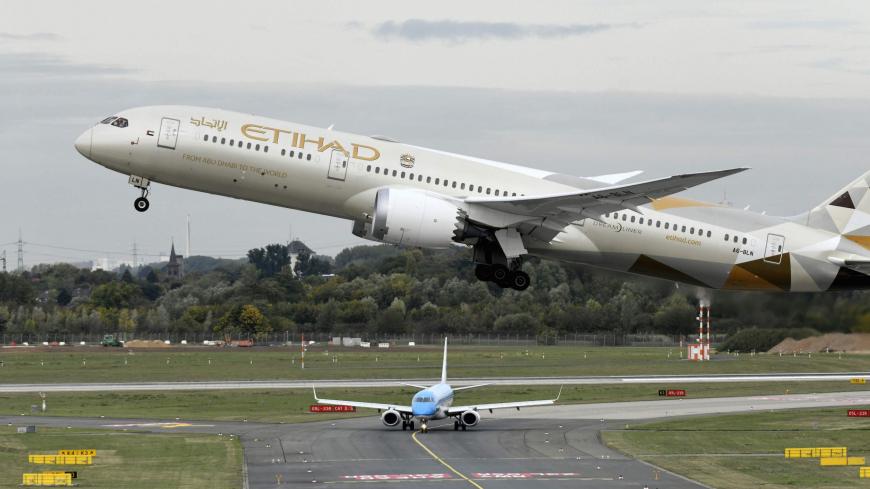 This picture shows a Boeing 787-10 Dreamliner of Etihad Airways during takeoff on Sept. 24, 2019, at the airport in Duesseldorf, western Germany. - INA FASSBENDER/AFP via Getty Images

Etihad Airways has become the first airline in the world to have an entirely vaccinated workforce.

All active pilots and cabin crew for the United Arab Emirates’ flagship carrier have received the COVID-19 vaccine, the airline said in a Wednesday press release.

Etihad Aviation Group’s CEO said he took the vaccine himself on Jan. 4 to inspire his employees to do the same.

“I chose very early on to be vaccinated to demonstrate my own support of the national vaccination program and to encourage everyone at Etihad who was eligible for the vaccine to receive it as soon as possible,” said Tony Douglas. "I would like to thank the entire Etihad family for everything they have done to help us reach this milestone.”

Etihad Airways has been active throughout the pandemic. The Abu Dhabi-based airline suspended passenger flights in March of last year but resumed them in May and has gradually rebuilt its flight network since then. In January, Etihad resumed flights to Doha following the end of the Gulf diplomatic crisis. Etihad suffered major financial losses last year due to the crisis in air travel. Abu Dhabi reopened for tourism in December.

The airline has instituted several other measures to mitigate the spread of the virus on its flights. In October, Etihad began providing passengers with a PCR test along with their ticket. Etihad requires all people flying to test negative for COVID-19 prior to departure.

At least one Etihad flight has had multiple passengers with the virus. In August, six passengers tested positive upon landing in Shanghai from Abu Dhabi.

Etihad beat out other major airlines in vaccinating its flight crews. Singapore Airlines announced on Thursday that all of its flights have fully vaccinated crews — a day after Etihad’s announcement.