Etihad to resume flights to Doha as Gulf crisis ends

Following the United Arab Emirates reopening its airspace to Qatar, the Abu Dhabi-based airline will restart flights to the Qatari capital next month. 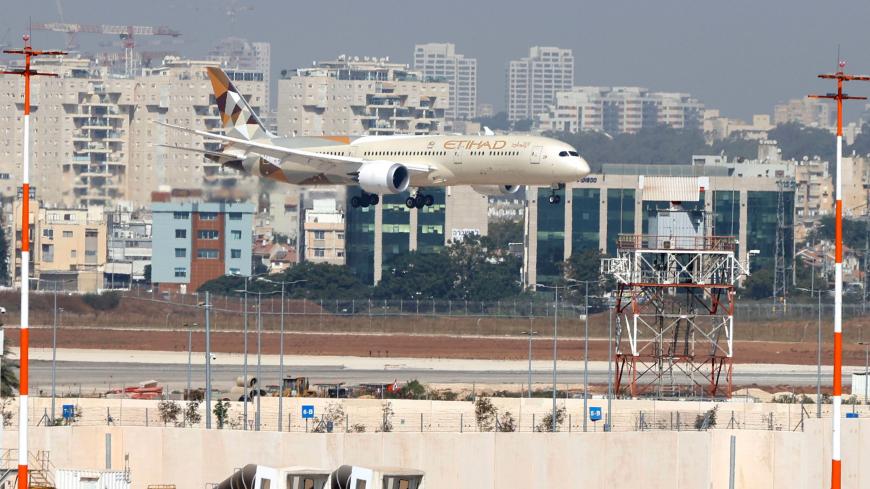 An Etihad Airways Boeing 787-9 "Dreamliner" aircraft carrying a delegation from the United Arab Emirates on a first official visit lands at Israel's Ben Gurion Airport near Tel Aviv, on Oct. 20, 2020.

Etihad Airways has announced flights to Doha will resume as relations between the Gulf states continue to warm. Air travel in the Gulf is highly dependent on the regional political situation.

The Abu Dhabi-based airline will recommence flight service to and from the Qatari capital on Feb. 15, according to a press release.

The Qatari diplomatic crisis began in 2017 when the United Arab Emirates along with Saudi Arabia, Egypt and Bahrain severed relations with Qatar and closed their air, land and sea borders to the country. The political crisis concerned Qatar’s relations with the Muslim Brotherhood and Iran.

Relations are now being repaired. The quartet has reopened borders with Qatar and is now reestablishing diplomatic relations following the Gulf Cooperation Council summit earlier this month. The warming will allow Etihad to resume its Abu Dhabi-Doha route.

The flights could help Etihad continue to navigate the crisis in global travel resulting from the COVID-19 pandemic. Etihad experienced a massive decrease in passenger flights last year. Abu Dhabi reopened to tourists in December, and the change bodes well for Etihad’s sales for Doha flights.

Other flight routes are resuming due to the rapprochement between Qatar and its neighbors. Qatar Airways also announced this month it will resume flights to Cairo and Riyadh. Etihad will also begin flying to Tel Aviv in March, following the normalization deal between the UAE and Israel last year.