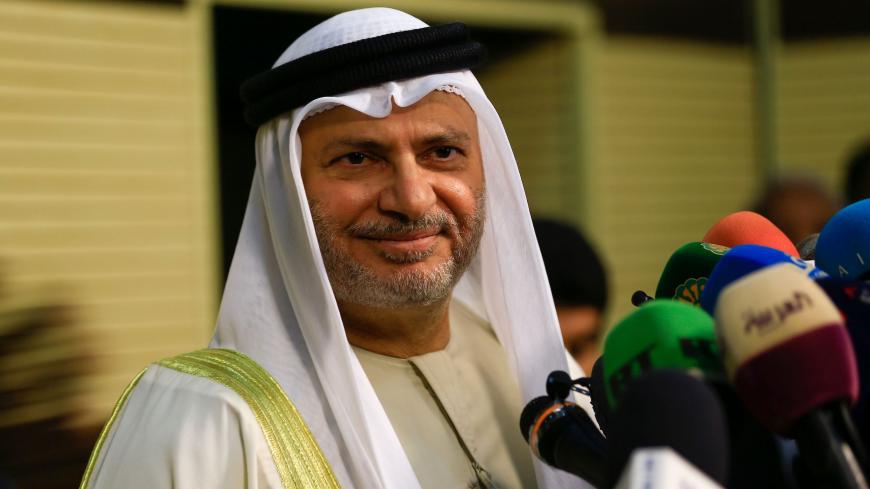 UAE's Minister of State for Foreign Affairs Anwar Gargash speaks during a press conference in Sudan's capital Khartoum on Jan. 14, 2020.

Veteran diplomat Anwar Gargash has been replaced as the United Arab Emirates’ minister of state for foreign affairs in a “small Cabinet reshuffle,”

Gargash was a key player in the Gulf country’s efforts to normalize relations with Israel under the US-brokered Abraham Accords, and was also involved in the UAE’s recent warming of ties with Qatar.

Sheikh Abdullah bin Zayed Al Nahyan, the UAE's foreign minister and the UAE representative who signed the Abraham Accords, tweeted that Gargash would be missed at the ministry and thanked him for "everything that you taught me, which illuminated my road.”

“No words can thank you enough for what you have contributed to our beloved country and to each member of your team,” tweeted ministry spokesperson Hend al-Otaiba. “Blessed to have benefited from your extraordinary expertise and guidance.”

The Emirati government has renamed the Emirates Diplomatic Academy the “Anwar Gargash Diplomatic Academy” in recognition of Gargash’s “dedication to serving the UAE, and his pioneering diplomatic efforts regionally and internationally.”