Israel added more restrictions on top of its lockdown as coronavirus cases continue to spread rapidly. On the other hand, Israel is successfully rolling out the vaccine. 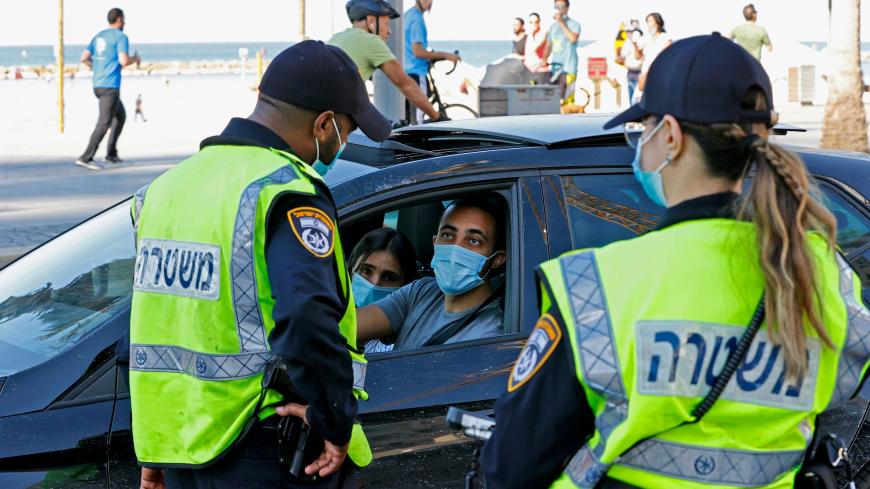 Israeli police control traffic at a checkpoint in Tel Aviv on Jan. 8, 2021, to enforce a nationwide lockdown after a spike in coronavirus cases. - JACK GUEZ/AFP via Getty Images

Israel has increased lockdown measures aimed at mitigating the spread of the coronavirus.

On Thursday, the prime minister’s office announced revised measures to combat the virus. The rules now say the maximum number of people who can gather indoors is five and the maximum number outdoors is 10, with some exceptions. The rules call for the closure of schools, for there to be no professional sports games and for employees not to go to their places of work. There are exceptions for essential workers; weddings, circumcision ceremonies and funerals can have 10 people indoors and 20 people outdoors.

Israel entered its third national lockdown in late December. The country first began experiencing a large outbreak of COVID-19 in June and the rate of infections was at its worst in September. Israel is now approaching the daily highs in cases from that time and registered 7,600 cases Thursday, according to Worldometer.

Thursday’s rules are stricter than the original lockdown stipulations in December. For example, all gatherings could have 10 people inside and 20 outside under the previous regulations.

Authorities have struggled to enforce the harsh restrictions throughout the pandemic. Many religious Jews disagree with the limits of prayer and synagogue use and have clashed with Israeli police over the issue, for example.

Regarding the current enforcement, on Friday, the Israeli news outlet Arutz Sheva reported that police cracked down on a large gathering in East Jerusalem’s Palestinian community.

In contrast with its relatively high number of cases for its size, Israel is currently leading the world in per capita doses of the coronavirus vaccine administered.