The latest of several recent sanctions from the Trump administration includes designations of companies based in the United Kingdom, Germany and China. 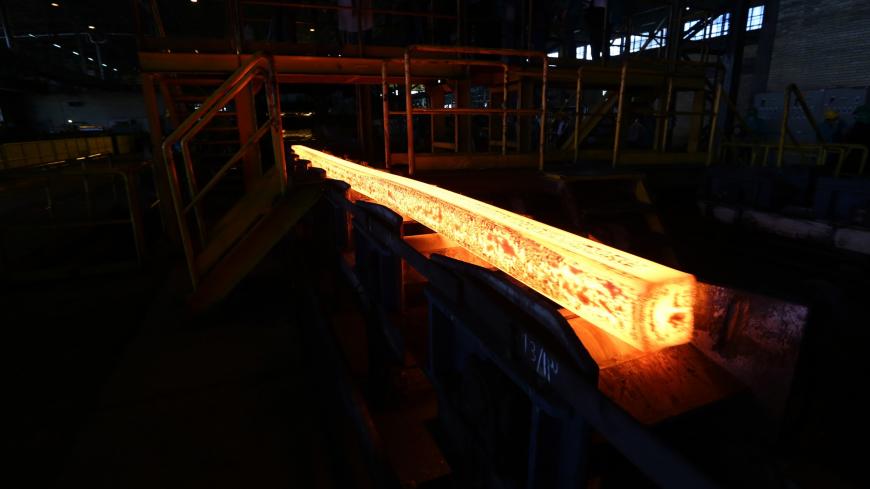 Molten metal is seen on April 6, 2015, at the Iran Alloy Steel Company (IASCO) in the central Iranian city of Yazd. In January 2020, IASCO was placed on a US sanctions list; on Jan. 5, 2021, other companies associated with the Iranian steel and metals industry were sanctioned. - ATTA KENARE/AFP via Getty Images

The United States placed sanctions on companies connected to Iran’s metals industry Tuesday. The Trump administration’s continued use of sanctions could complicate the foreign policy of President-elect Joe Biden.

The State Department announced Tuesday new sanctions on steel, mining, industrial and construction entities. Thirteen of the firms are based in Iran. These include Pasargad Steel Complex, based in Tehran, and Vian Steel Complex, which describes itself as “Iran's second largest privately owned steel-maker.”

The department also announced sanctions on companies based outside Iran, including in US-allied states. GMI Projects Hamburg in Germany, GMI Projects in the UK and World Mining Industry in China are also now designated. The three companies are run by the Iran-based Middle East Mines and Mineral Industries Development Holding Company, according to the State Department.

The US government has the authority to sanction companies working with Iran’s metal industry based on presidential Executive Order 13871. The reasoning is that the Iranian state uses revenues from this industry to support terrorism and threaten other countries.

“The Iranian regime uses revenue from its metals sector to fund the regime’s destabilizing activities around the world,” read the announcement.

The State Department also placed sanctions on one individual, Majid Sajdeh, who leads Hafez Darya Arya Shipping. Sajdeh’s company allegedly participated in a graphite deal with an entity designated by the US Treasury Department.

US sanctions on Iran are controversial, and some have had a malign effect on the Iranian economy. Iran also alleges that the US government prevents Iran from buying medical supplies. The United States denies this.

Tuesday’s sanctions mean that the US government has the authority to seize any US-based assets of the designated entities.

US President Donald Trump’s administration has continued to sanction Iran since losing the US presidential election to former Vice President Biden. The flurry of sanctions in recent weeks could complicate Biden’s stated intentions to improve relations between Washington and Tehran.