The COVID-19 pandemic has revealed shortcomings in health care systems across the globe, and Iran is no exception. 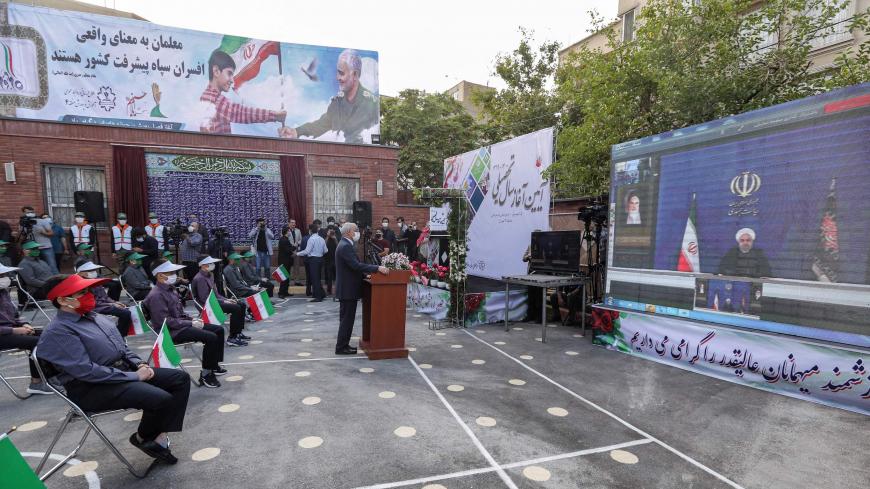 Mask-clad children hold Iranian national flags as they sit apart from each other in the yard of a school while attending a speech by Iran's President Hassan Rouhani by video conference, at Nojavanan school in the capital Tehran on the first day of schools reopening on Sept. 5, 2020.

Supreme Leader Ayatollah Khamenei banned Iran from importing any vaccine produced by the United States or the United Kingdom. The ban, announced in a Jan. 8 speech, has shed new light on the structure of the medical supplies market in Iran and special interest groups, which seem to gloss over that 56,000 Iranians have perished in the pandemic.

With a population close to 82 million, Iran has a massive demand for various pharmaceutical products and medical equipment. Iran's health care system includes both public and private medical centers. The Iranian government pays a massive amount in subsidies to reduce the cost of treatment and to keep prescription drug prices low. In 2018, it allocated $1.373 billion to importing medical supplies, out of which $1.1 billion was spent on drugs and pharmaceutical imports. The importers buy allocated hard currency for imports at a rate of 42,000 Iranian rials per US dollar, which is one-sixth of the market rate. The perks are significant for importers, black market operators and smugglers. Smuggling drugs from Iran to its neighboring countries is a lucrative business. Last October, Iraqi intelligence forces captured 19 trucks full of smuggled pharmaceuticals valued at hundreds of thousands of dollars in Diyala province. The smuggling has continued despite the sanctions and shortages in Iran's domestic market. As the pandemic drags on, Iranians' access to medicine is distorted by criminal activities and the government's lack of response.

The COVID-19 pandemic has affected communities across the globe, revealing the shortcomings in their health care systems and inadequacies in their decision-making processes. It has affected Iran particularly lethally. With a total of 1.29 million cases, Iran has recorded 56,262 deaths as of Jan. 11. The COVID-19 mortality rate in Iran is estimated to be around 4.4%. In comparison, Turkey has recorded 2.34 million cases with only 22,981 fatalities, a mortality rate of less than 1%. Iranians are suffering and losing more loved ones to COVID-19 than their neighbors. Iranians need assistance to combat COVID-19, yet the country’s political establishment is wary of sharing credit with any outsider.

Since the beginning of the pandemic in Iran, authorities have been unreceptive to international organizations and Western governments' assistance. Last March, the humanitarian medical organization Doctors Without Borders (MSF) was shocked to learn an initial approval for its effort to manage COVID-19 cases in the central province of Isfahan had been revoked by Iranian health officials. A media campaign organized by hard-liners forced the Iranian Ministry of Health to withdraw its initial approval.

Vaccine acquisition follows a similar pattern. Iranian conservatives with an eye on upcoming presidential elections and with substantial interests in the pharmaceutical sector do not want to let President Hassan Rouhani's administration score any points with the Iranian public. Despite the many criticisms of Rouhani's response to COVID-19, it's clear that he has prioritized obtaining a vaccine for Iranians. According to sources in Tehran, Rouhani had tasked Abdolnasser Hemmati, the governor of the Central Bank of Iran, with finding the resources to pay for the Pfizer or Moderna vaccines. Hemmati had been in negotiations with South Korea and Iraq to secure the funds from Iran's frozen accounts in these countries. Conservative media outlets reported on his progress, questioning the vaccines' effectiveness while advocating for importing vaccines from China or Russia. However, no one expected an outright ban on importing vaccines from the United States and United Kingdom by the highest authority in the land.

The decision-making process in Iran is highly bureaucratic. Different committees and commissions are often involved and their elaborations take months to complete. A simple reform or adjustment in a pricing regime can take years to be approved, while its implementation can take another several years. Sudden moves are rare. Even the increase in fuel prices in the fall of 2019, which caused a sudden eruption of civil unrest, had been on the agenda for several years and was a topic of ongoing discussion in Iran's parliament and cabinet. The supreme leader's sudden ban is extraordinary. However, it makes a bit more sense when considering that Iran's efforts to produce a domestic vaccine are led by an entity that answers directly to the supreme leader: The Execution of Imam Khomeini's Order (EIKO).

The EIKO organization was formed in the early days of the revolution to manage and organize abandoned and confiscated properties, becoming increasingly prominent in Iran's economy. In June 2019, it opened the Barekat Industrial Pharmaceutical Complex, constructed with a budget of four trillion Iranian rials ($100 million) to increase "the pharmaceutical security of the Islamic Republic." EIKO head Mohammad Mokhber told reporters, "We are the generals of the economic warfare." EIKO has identified the pharmaceutical industry as one of the strategic battlegrounds of its warfare. However, the self-proclaimed generals were more interested in establishing firm monopolies over the market than promoting competitiveness. They have so far succeeded in stopping the importation of the Pfizer and Moderna vaccines, promising the public that the EIKO pharmaceutical companies can produce 12 million doses within six months of receiving the final approval. The first phase of its field study was launched with much fanfare, with Tayebeh Mokhber, Mokhber's daughter, receiving the first dose. On the same day, 132 Iranians died of COVID-19, according to the Iranian Ministry of Health.

The edict has prompted several prominent Iranian medical figures to openly ask Rouhani to intervene. In an open letter, the current and former heads of the Medical Council of the Islamic Republic of Iran announced, "Acquiring the vaccine is necessary and of utmost importance." They called on the president to consider only "scientific evidence and national interests and not political priorities" and mobilize government resources to acquire the vaccine through World Health Organization channels. Avoiding criticism of the supreme leader and praising the national efforts to produce a vaccine, the signatories maintained that "having access to the COVID-19 vaccine is the people's natural and essential right.” On Jan. 12, Dr. Mohammadreza Zafarghandi, the current head of the Medical Council of the Islamic Republic of Iran and a veteran of the Iran-Iraq War, called on the scientific community and academic association to provide guidance and to share their expert opinions with the public regarding the vaccine. He emphasized, "In the vaccination debate, Iranian lives come first before anything else." He warned that Iran might begin vaccination dangerously late in the game.

As Iran's medical community challenges the ban, Iranians continue to suffer and perish in isolation from the global community. As one Iranian Twitter user wrote, "It is quite an achievement to feel alone even in the middle of a global pandemic. Buy the vaccine." For the time being, those seeking to benefit from Iran's isolation have scored another victory at the expense of Iranian lives. 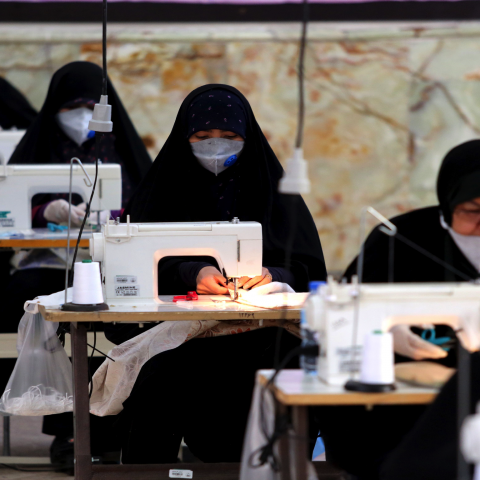 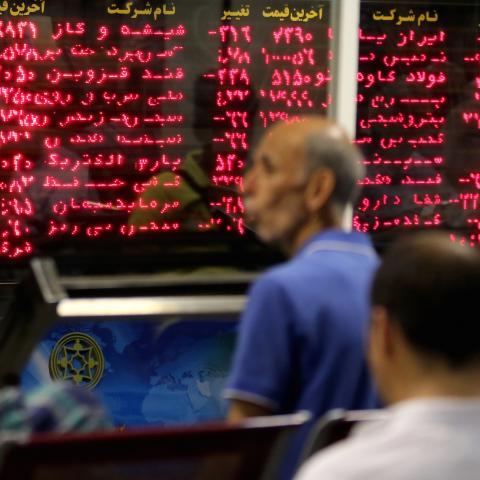