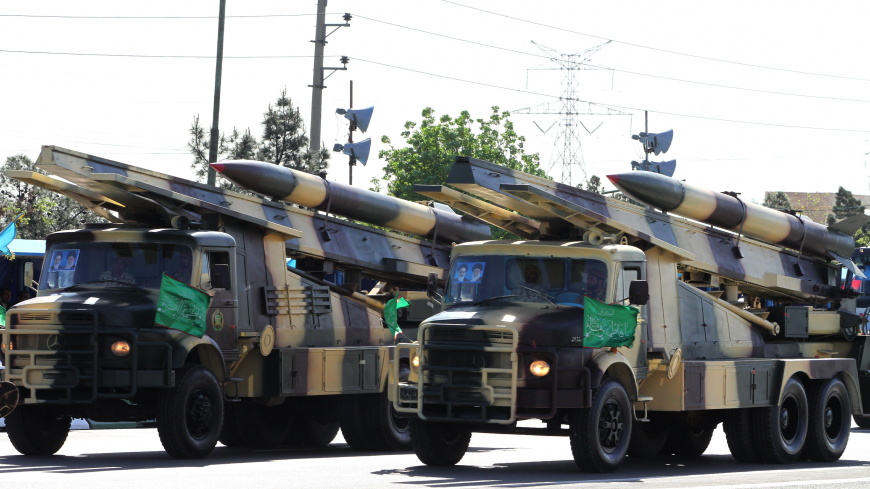 Iranian military trucks carry surface-to-air missiles during a parade on the occasion of the country's Army Day, on April 18, 2017, in Tehran. - ATTA KENARE/AFP via Getty Images

The Iranian army, navy and air defense force participated in the drill, which featured hundreds of Iran-made drones and will last until Wednesday. The drill focused on “kamikaze” drones, named after the Japanese pilots during World War II, that hover around a location before finding a target and striking it. The exercise also included air-to-air missiles, which are fired from one aircraft to destroy another, and precision-guided missiles, according to the state-run Press TV news outlet.

Some recent training exercises have focused on the United States. In June, Iran built a mock aircraft carrier modeled after an American one.

Iran also held a massive air defense preparedness exercise that took up half the country’s air space in October.

Iranian army Rear Adm. Mahmoud Mousavi made a veiled reference to US sanctions on Iran during Tuesday’s event and touted the country’s self-sufficiency in military production.

“Despite the cruel sanctions of the sworn enemies of the Islamic establishment, the capabilities and perseverance of Iran's youth have led us to reach a stage of self-sufficiency in the field of production of new equipment that can compete with those of the developed countries,” Mousavi told Press TV.

Making weapons domestically is important for Iran because of weapons restrictions in the recent past on the Islamic Republic. A UN arms embargo on Iran expired in October, despite US objections.