Businessman George Haswani told Reuters the accusations against him are a fabrication. 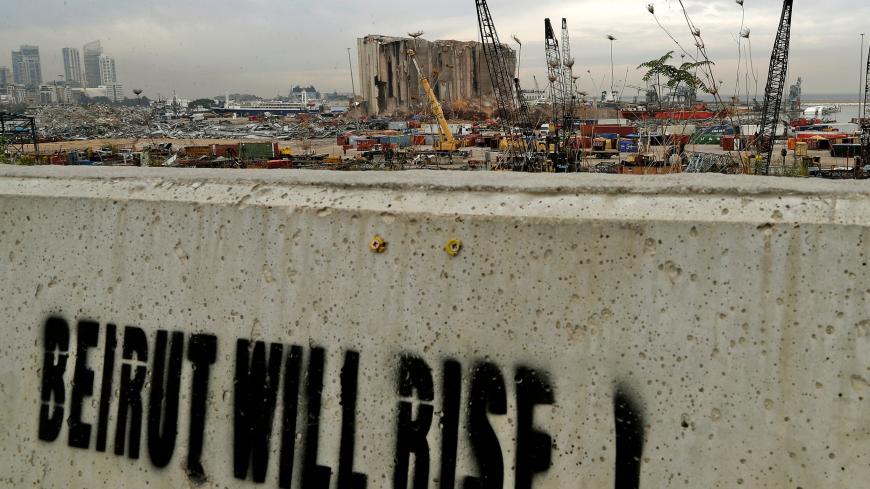 The destroyed port of Beirut is seen on Dec. 1, 2020. Lebanon's economy is sinking into a "deliberate depression" the World Bank said Dec. 1 in a damning report stressing authorities' failure to tackle the crisis, exacerbated by the Aug. 4 explosion at Beirut's port and COVID-19. - JOSEPH EID/AFP via Getty Images

One of the Syrian regime-affiliated businessmen implicated in the massive explosion that tore through Beirut last year is denying links to the London-based company believed to have shipped the explosive chemicals that ended up in the Lebanese capital.

Lebanese authorities say the August explosion was caused by some 2,700 tons of highly explosive ammonium nitrate stored unsafely at the city’s port since 2014. The blast killed nearly 200 people, wounded 6,500 and left a quarter of a million residents without homes.

The stockpile of ammonium nitrate that exploded was originally bound for Mozambique. A privately owned company in Mozambique told AFP that it ordered the chemicals from a company called Savaro in 2013, but the shipment was never delivered.

Haswani told Reuters from his home in Damascus that his alleged involvement in the Beirut blast was the result of a “fabricated media whirlwind.” He described any links between Savaro and his company as a coincidence and likely the result of the same Cypriot agency, Interstatus, registering both of them.

“I don’t know what other companies are registered by this Cypriot company, five or three or 70 or more,” Haswani told the news agency. “We don’t know Savaro and we hadn’t heard about them before this.”

The United States sanctioned Haswani in 2015, accusing him of serving as an intermediary for the Syrian regime’s oil purchases from the Islamic State. Mudalal Khuri was also sanctioned that year for acting as a middleman for Syria’s "attempted procurement of ammonium nitrate in late 2013.” His brother, Imad, was sanctioned in 2016 for supporting Mudalal’s business activities.