Unlike Israel's normalization deals with the UAE, Bahrain and Sudan, the most recent one with Morocco caused little anger among Palestinians. 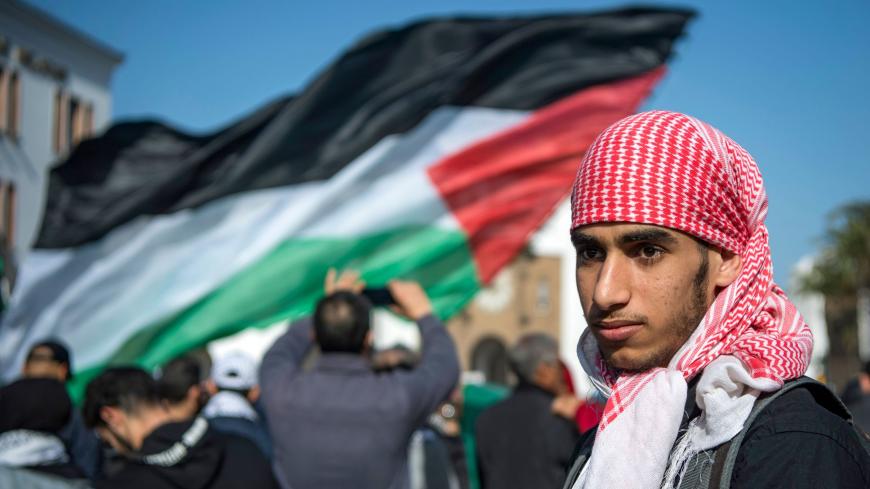 A Moroccan man walks next to a Palestinian flag during a demonstration against the US Middle East peace plan in the capital Rabat on Feb. 9, 2020. - FADEL SENNA/AFP via Getty Images

Unlike their angry reactions to the United Arab Emirates, Bahrain and Sudan normalizing relations with Israel, the Palestinians have responded differently to the latest agreement by the Kingdom of Morocco. Palestinian President Mahmoud Abbas ordered all the top Palestinian leaders to stay quiet. Unlike the envoys to the Gulf countries, the Palestinian ambassador to Morocco was not recalled in protest.

The power in holding off on normalization as per the Arab Peace Plan until Israel agrees to withdraw from areas occupied in 1967 was only effective when all 57 Arab and Muslim countries upheld it. Once the consensus was broken, adding more countries to the list of normalizing states became progressively easier.

Unlike the other countries, Morocco already had semi-normal relations with Israel because of the large Moroccan community in Israel and the 2,500 Jewish citizens living in Morocco. Jewish Moroccans have held cabinet-level positions and advisory roles to multiple monarchs.

The late King Hassan tried to be a behind-the-scenes catalyst in the Arab-Israeli peace process. In July 1986, he hosted Israeli Prime Minister Shimon Peres in an effort to stimulate progress. Two months later, Hassan met with a delegation of Jews of Moroccan origin, including an Israeli Knesset member. In 1993, after signing the agreement with the PLO, Prime Minister Yitzhak Rabin paid a formal visit to Morocco.

Bir Zeit University political science professor Ali Jarbawi told the Saudi Arab News that the Palestinians are staying quiet on Morocco's decision because they want to avoid repeating previous mistakes. “The Palestinian leadership doesn’t want to repeat the mistakes it made when the UAE and Bahrain normalized relations,” he said. The envoys recalled from the UAE and Bahrain were both sent back to their posts quietly in November.

It is not clear how far the Moroccan normalization will go. Unlike the Gulf countries that appeared eager to establish a mutual diplomatic presence, the Kingdom of Morocco has avoided any talk of diplomatic relations. The kingdom's official statement talks about following up on the issue of normalization “in the near future.”

And unlike the UAE and Bahrain, Morocco’s leader, King Mohammad VI, communicated directly with the Palestinian leadership, calling Abbas and reiterated strong support for Palestinian independence.

The royal court stated Dec.10 that “Morocco always places the Palestinian issue in the rank of the Moroccan Sahara issue" and that "Morocco’s work to consolidate its Moroccans will never be, neither today nor in the future, at the expense of the Palestinian people’s struggle for their legitimate rights.”

However, the US recognition of Moroccan sovereignty in Western Sahara complicated things for the Palestinians because of their special relationship with the Algerian-supported Politsario movement and the Algerian government and people's fervent support of the Palestinian cause.

Palestinian observers called the Moroccan-Israeli-US deal a double whammy because it legitimizes occupation in Palestine and in the Sahara. Hanan Ashrawi, who recently resigned from the executive committee of the PLO, told the US radio show "Democracy Now" that Palestinians and Sahrawis are both suffering from occupation, calling the US recognition of Western Sahara “legitimizing land theft.”

Maqboul later clarified that the Palestinians remain committed to UN resolutions to find a political solution for the Western Sahara conflict. He expressed hope that the “brothers in Algiers and Morocco would be able to resolve the issue and live in peace and tranquility.”

The issue of normalization with Israel has lost strength as a negotiation card. With the dam broken by the Emiratis and others, the latest decision by Morocco will make little difference on the ground in Palestine.